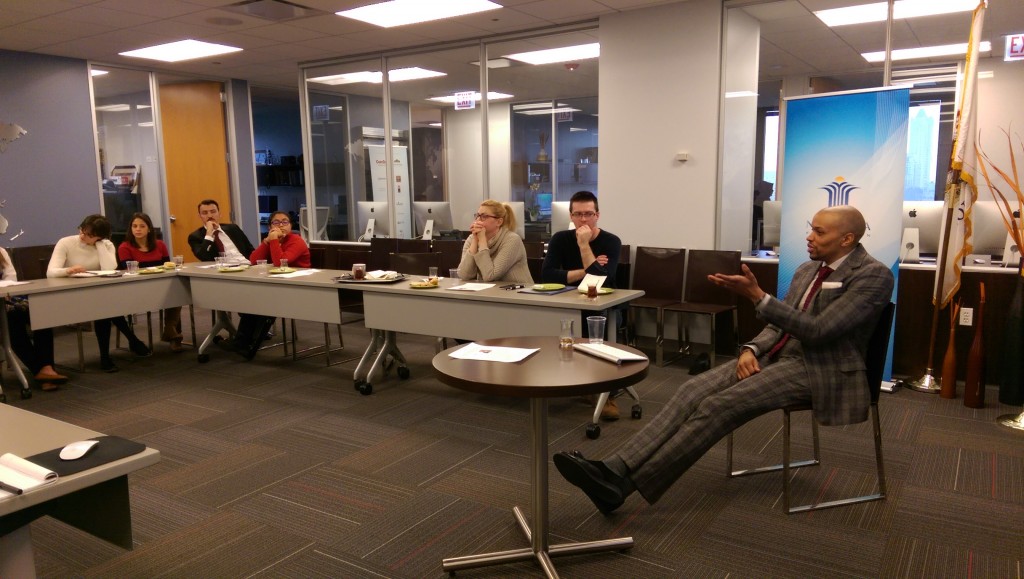 On February 2nd, the Niagara Foundation had the pleasure of welcoming Professor Julius Crump to our Friends in Faith lecture series. For this lecture, Professor Crump focused on the role of evil in religion and the various types of evil that exist in religious and academic contexts.

Julius Crump is currently a professor at Lake Forest College and a Ph.D. candidate at the University of Chicago Divinity School. Professor Crump is the author of African-American Theological Ethics: A Reader. This text explores the historical context of the black experience within the Christian faith, specifically the topics of racism, white supremacy, racial segregation and discrimination. 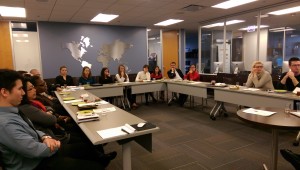 He began his lecture with three quotes from religious and academic figures, Martin Buber, Sherman Jackson and Cornel West. One quote from a text by Jackson, Islam and the Problem of Black Suffering, stood out as particularly relevant, “Those of us who equate struggle with suffering routinely end up on a mission to avert all struggling in the name of avoiding all suffering. This only reinforces and strengthens the very forces that promote our suffering.” 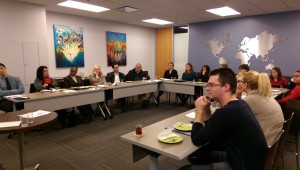 As the lecture continued, Crump defined the distinct types of evil that exist in the world, specifically moral evil and natural evil. Natural evil refers to natural disasters which negatively impact the lives of living creatures, and relate to the forces which are beyond human control. Humans are powerless to prevent natural evil or the collateral damage which is perpetrated by natural evil. Moral evil, on the other hand, refers to intentional acts of deliberate harm. Moral evil implies that humans have free will, and are capable of recognizing distinct ideas of good and evil. 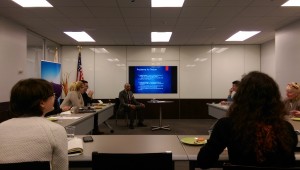 Professor Crump led a discussion to provide a definition of evil itself. One audience member provided a useful frame of reference for defining evil in a theological context, “A theistic conception of evil needs to have an understanding of God as the greatest good in order to understand everything else as good or evil in relation to a divine being. So what makes a particular action evil is precisely the extent to which it runs contrary to God’s will. This gives a benchmark to evil that isn’t merely subjective but that has an object of reference.” 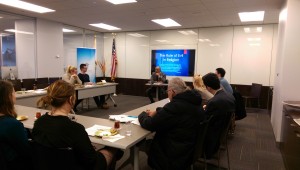 Professor Crump explained the inherent complications of collective evil, the type of evil where both victim and perpetrator are harmed, “Evil as collective, is something we all need to be attentive to. The language of evil need not only be interpreted as theological or religious.” According to Crump, “Collective evil is not a term that is used much, but Fredrick Douglass, for one, thinks about evil this way. Collective evil is both participated in by the perpetrator and victim, the agent and the patient and both are harmed. He illustrated this point with a paraphrase from the Autobiography of Fredrick Douglass, “Whenever a slave master was whipping me, not only was evil being done to me, this slavemaster was also participating in evil.” 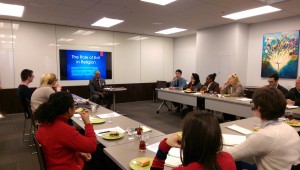 For the final portion of the talk, Professor Crump stressed the importance of public conversation on the topic of evil. He stated that since evil does not have to be defined as religious, even secularists can use evil and include it as part of the public discourse. Crump also noted that evil as a conversation topic can contribute to the greater public good, as people affected by crimes can describe their experiences to change policies or opinions. In addition, he mentioned that Martin Luther King, Jr., Cornel West, Toni Morrison, Octavia Butler, and the Black Lives Matter Movement all use the language of evil in both religious and irreligious manners to address civil rights issues. Crump ended his talk by saying it is important to talk about our experiences with evil in order to promote social awareness and change.

Niagara Foundation would like to extend the warmest thanks to Professor Julius Crump for enlightening us on the topic of the “Role of Evil in Religion.”