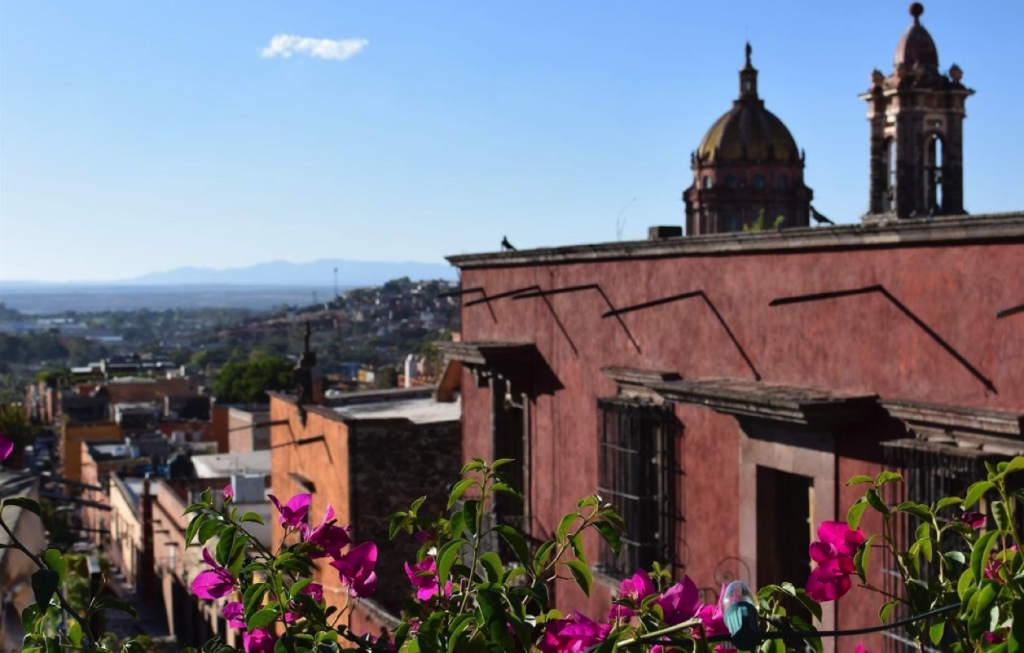 Travelers are looking for experiences that allow them to experience a different culture, understand its customs, and sample delicious traditional cuisines. Those who are not lucky enough to travel regularly often immerse themselves in colorful travel magazines like Conde Nast, National Geographic, Budget Travel, and Travel & Leisure, where they can get a taste of exploration. Stellar photography and engaging journalism can transport readers to the tropical beaches of the Caribbean and Thailand, the renaissance art in Italy, the ancient ruins of Turkey, and the unique festivals of India, just to mention a few.

Interaction with other cultures, religions, traditions, and values, allow us to get a wider view of the diverse world around us. Many travelers find multicultural experiences to be transformational. I remember reading “Eat, Love, Pray” by Elizabeth Gilbert. It is a memoir of an American who set out to explore three rich cultures to get in touch with her inner self and find what she truly wanted in life. She explored the art of pleasure in Italy, the art of devotion in India, and the balance between the two in Bali. The challenges and successes Gilbert experienced while embracing other cultures made her a more open-minded person. 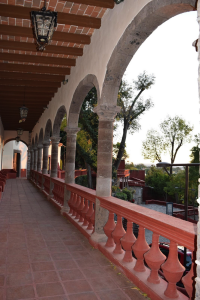 Stories like this one remind of the time I met Miriam, a retiree from Dallas, Texas. We met while I was on a trip in San Miguel de Allende, a whimsical colonial town in the mountains, 166 miles northwest of Mexico City. When Miriam finished her career as a teacher and administrator, she traveled to San Miguel de Allende based on a friend’s recommendation. By the end of her first day there, she decided to make the city her permanent home. In San Miguel de Allende, Miriam felt she could find all types of inspiration and rejuvenation thanks to the cobblestoned streets, colorful colonial architecture, and the innovative art community. She now spends her days hanging out at coffee shops such as the Oso Azul (Blue Bear), where she joyfully invites both locals and travelers such as myself over to her table to share stories and ideas. She also enjoys the exceptional food in the city, and actively engages in both the art and music scene.

Miriam shared many stories with me, such as when she first arrived in San Miguel seven years ago. She remembered her Spanish was very poor at the time, but she was very determined to learn. By engaging in conversation with people in the streets, at the coffee shops, restaurants, art galleries, and charity organizations, her proficiency grew. For her, learning the language was going to satisfy her in two ways. First, she was going to understand more about the roots of the Mexican culture, and she was going to be exercising her brain, keeping it active and healthy.

Speaking with Miriam was an absolute pleasure. She truly understood the Mexican lifestyle. I felt as though I was having a conversation with a local and not an American. We both shared our love for chilaquiles – fried tortilla strips soaked in green salsa with sour cream on top, then sprinkled with fresh cheese – and papadzules, a traditional egg dish from the Yucatan region. It was exciting to hear she enjoyed Mexican food, traditions, and its beautiful landscapes. She said San Miguel attracts tourists from all over the world with its countless activities, from lectures, walking tours, readings, yoga classes, spas, and gallery openings. She enjoys meeting people from different cultures by attending all of these artistic events. 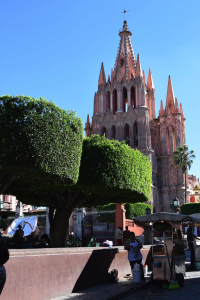 After reading about my experience with Miriam, you may be asking yourself, how did this woman end up in this hidden gem of a city in the middle of Mexico? Interestingly enough, San Miguel has quietly been attracting people such as Miriam for years with its mix of cultural experiences. It turns out that after the World War II this magical town became a destination for WWII veterans and their families to study art under the G.I. Bill veterans and pursue creative careers. Stirling Dickinson, a former U.S. Naval Intelligence officer, moved to San Miguel de Allende with hundreds of other American veterans to study at Bellas Artes, an art institute that attracts several hundred foreign students annually, offering a fine-arts degree program, a Spanish-language institute, and traditional handicraft workshops. According to John Virtue, author of Model American Abroad, a biography of Dickinson, “Stirling Dickinson is without a doubt the person most responsible for San Miguel de Allende becoming an international art center.” Dickinson was a twenty-seven-year-old Chicago painter who eventually became director of the Escuela Universitaria de Bella Artes.

The influx of international artists to San Miguel helped to energize the city’s economy and establish it as a destination for cultural exchange. The art students kept coming, and those who studied and lived there for a time often return to retire there. Today, one out of ten residents are American, and eight percent of them are retirees. Thanks to my friend Miriam, other expats, and the welcoming locals, I was able to experience a melting pot of culture where locals, foreigners, and tourists celebrate this cultural hub by expressing themselves and offering their kindness to others. The international and artistic community in San Miguel de Allende promotes multicultural involvement as well as an opportunity for retired expats to reinvigorate and reinvent themselves.