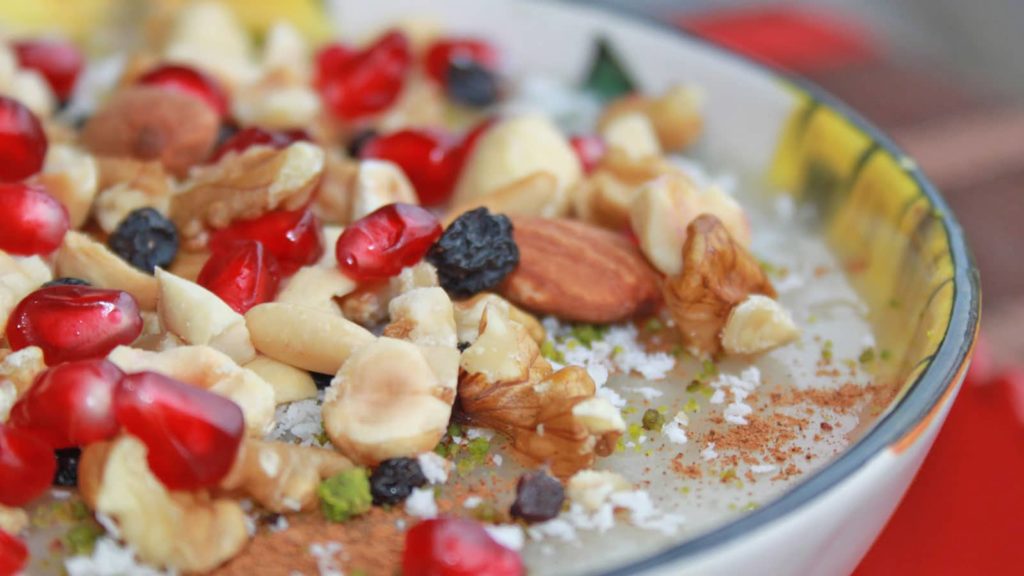 Embracing the Richness of All
By: Crystal Magallon, Interfaith Engagement Intern

People all throughout the Middle East who are of the Abrahamic faiths —Judaism, Christianity, and Islam— have a tradition of making Noah’s pudding. Noah’s pudding is a Turkish dessert that is made all throughout the year, but is specifically cooked, served, and distributed during the tenth day of Muharram. Muharram is the first month of the Islamic calendar and the tenth day is known as Ashura. Ashura is a significant day for all Muslims, yet for different reasons.

The Sunni sect of Islam celebrates Ashura as it marks the historical day on which Noah set on dry land and left the Ark, and the day that Moses and the Israelites were saved from the Egyptian pharaoh by God parting the Red Sea. Fasting during Ashura is not obligatory, but it is recommended as a way to show one’s recognition of God’s omnipotence and benevolence. Most Sunni Muslims finish their post-fast dinner with Noah’s pudding as a symbolism of the meal that Noah made when he left the Ark.

Noah’s pudding is often made in large quantities and is shared with friends, relatives, peers, and neighbors as an offering of peace, love, and unity despite all differences that might set them apart. Some might argue that even the absence of animal products in the well-known pudding, that can include up to forty different ingredients, signifies the disapproval of all violence and bloodshed. The different ingredients come together in one pot, yet preserve their original, unique tastes and this reflects the idea of pluralism.

Pluralism is the ideology that every individual should come as one into society and not only accept and tolerate diversity and one another, but actually interact and seek understanding across the “lines of difference” through intercultural and interreligious dialogue. This ideology was embedded into America and its motto, “E pluribus unum,” since the beginning of times, but yet it is often forgotten. Noah’s pudding is a mirror to show how all cultures, sexual orientations, genders, faiths, races, ethnicities, age, and backgrounds can come together while preserving their own richness and identities and live in peace and harmony with one another. It is crucial, especially in today’s society to start embracing and understanding the richness that comes from every human being. Noah’s pudding is much more than a dessert that fills one’s appetite, it fills one’s being with harmony, hope and love for the future.