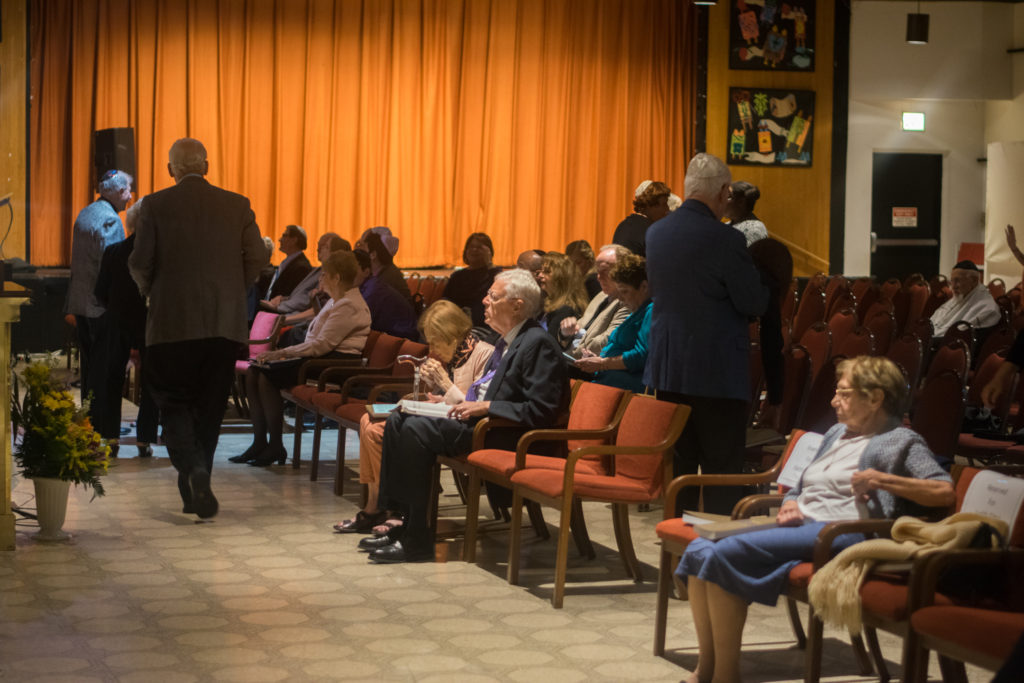 In a corner a block away from the Skokie Swift Dempster-Skokie Station is Temple Judea Mizpah. Congregants attended the synagogue’s 2017—or in the Jewish Calendar—its 5778 Rosh Hashanah services this past week. Shofars were blown, songs were sung, and apples with honey were served.

For the uninitiated, Rosh Hashanah is the Jewish new year. Literally translating to ‘head of the year,’ the holiday is celebrated as a time of renewal and atonement. However, some Jews say they have not gotten over recent anti-Semitic incidents that happened in 2017—such as a white supremacist rally held in Charlottesville, Virginia, a bomb threat made to a Jewish community center in Portland, Oregon, and a swastika drawn in a Chicago, Illinois school windowsill.

Non-denominational and spiritual Jew Jake Kantor said his trip to Israel in February strengthened his connection to Judaism. Yet, he said it is scary his Jewish identity has been questioned back home.

“I grew up thinking of anti-Semitism as a relic of the old times we’ve mostly done away with in America. But ever since recent events—I’ve been far more vocal and defensive of my identity,” said Kantor. “One of my old friends from high school has become a vocal anti-Semite, because of [his] mental health issues and [the fact that he] lives in a commune with other sick people. [I] have seen him constantly post propaganda and conspiracies dismissing the Jewish people. I have met him with opposition at every turn and have exposed him to the public.”

Kantor is not the only one who has been concerned about the recent rise in anti-Semitism.

The Anti-Defamation League published a statement earlier this year that said anti-Semitic incidents have increased 86 percent within the first three months of 2017—with 541 incidents reported. This is in contrast with 2016—which saw a 34 percent increase with 1,266 incidents reported for the entire year.

The Central Conference of American Rabbis also created a document called One Voice High Holiday Message 5778. It is a collective statement created by the network of Rabbis from across the United States. It addresses and condemns this recent rise—not only in anti-Semitism—but also in hatred, bigotry, and intolerance.

Temple Judea Mizpah Rabbi Memis-Foler said she gave a special sermon this year for Rosh Hashanah that was inspired by that statement.

“The theme of Yom Teruah—the sounding of the horn—is that the blast of the horn is supposed to be a wakeup call to us—to awaken us from whatever is going on and have us act,” said Memis-Foler. “So the message of that sermon was: what can we do about this intolerance, bigotry, racism, and hatred in our country? We need to protest it peacefully, we need to build bridges with people who are different from us, so we can create relationships with one another.”

Kantor said it is more important now than before to be proud of your Jewish identity and stand up against hate, “because of the rise of anti-Semitism and discrimination in this country and around the world.”

He said Rosh Hashanah is relevant to his identity, because it connects him to his ancestors and the old traditions that have been passed down through the generations. He said he is personally very loose with his interpretation of Judaism—believing in spiritual forces rather than following the dogma of the Jewish holy texts. He said that does not change his pride for his culture and heritage. 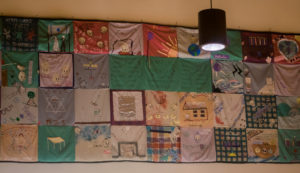