Halloween is a holiday where people dress up in costumes, consume copious amounts of candy and tell each other scary stories. But Halloween wasn’t always the merry holiday it is today, it actually began as a somber pagan ritual.

Halloween is believed to have originated from the ancient Celtic festival of Samhain, where people would attempt to ward off ghosts by lighting bonfires and wearing costumes. The holiday evolved in the 18th century when Pope Gregory III declared November 1st, All Saints’ Day, a day of remembrance to honor all saints and martyrs. All Saint’s Day incorporated some of the Samhain traditions and the evening before All Saints’ Day was referred to as All Hallow’s Eve (later Halloween). 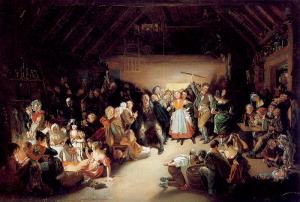 Halloween celebrations were extremely limited in the American colonies due to the rigid Protestant belief systems, but as customs of Europeans and native Americans meshed, a distinct version of Halloween was created. These celebrations included gatherings where neighbors would tell ghost stories, fortune telling, singing and dancing and mischief-making of all kinds. 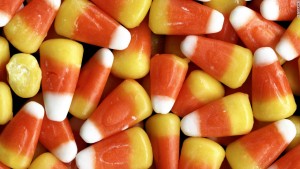 Halloween was popularized nationally due to the influx of new immigrants in the later half of the 19th century. These immigrants took from Irish and English traditions and began to dress up in costumes and go house to house asking for food or money, which later became today’s “trick-or-treat” tradition. Halloween continued to evolve into a secular, child-friendly, community event it is today.