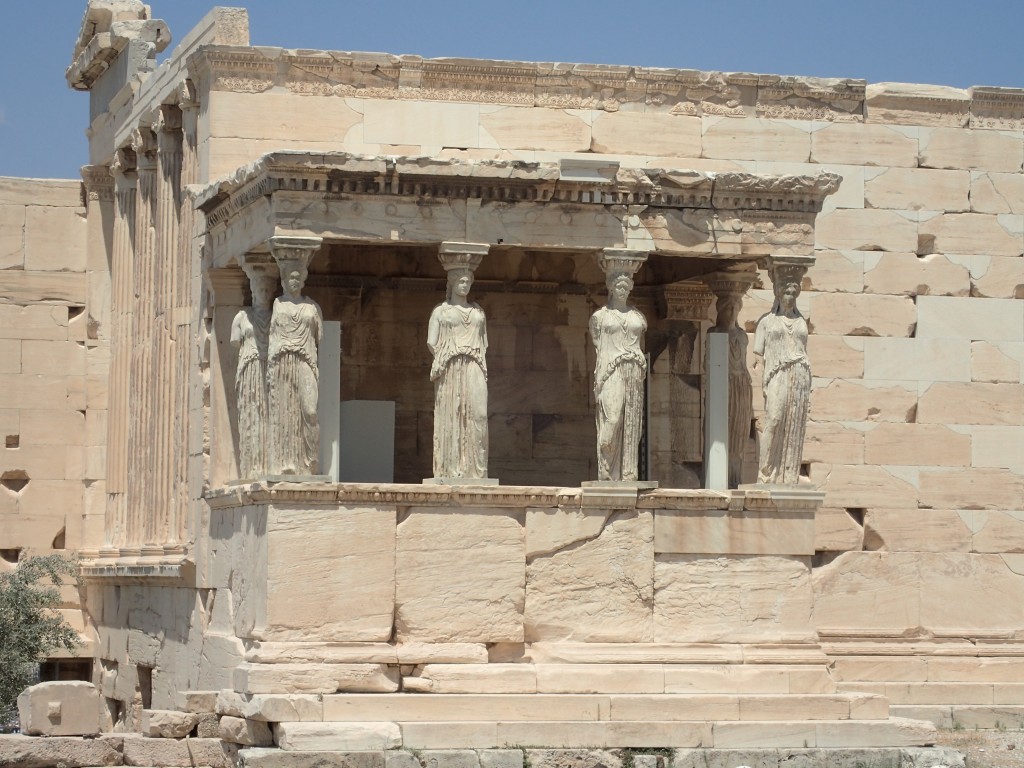 “Their economic crisis is making that country very unstable, it’s not a very safe place for travelers. You should go somewhere else!” I heard these kinds of comments from friends and family when I told them about my travel plans to Greece – the birthplace of Western Civilization – in July 2015, right when the country had announced bankruptcy. The economic crisis wasn’t going to alter my travel plans. I knew I had to be careful when wandering in the magnificent streets of ancient Greece, just like any other place in the world when traveling. My plane tickets were ready to take me on an adventure to experience one of the most exciting places in the world, a place full of history and mythology.

As any other traveler would, I did my fair share of research on Greek culture, customs, and tourist attractions. I even read a wonderful memoir called “Summer of My Greek Taverna” by Tom Stone, an American expat who escaped to the tiny island of Patmos where he had the unique opportunity to run a classic Greek taverna. Since I was traveling to a country that was in the spotlight because of their economic instability, I got curious about daily life in Greece and the possible consequences the global economy could experience because of the Greek crisis. Six months after Greece declared bankruptcy for the third time in five years, the situation isn’t looking any brighter.

The dominos began to fall when Greece missed its June deadline to pay €1.9 billion to the International Monetary Fund (IMF), becoming the first developed country to default on its international obligations. Greek authorities made a request for an extension of Greece’s repayment obligation, but by that time the European Financial Stability Facility (EFSF) had already announced the end of its financial assistance to Greece. Greek Prime Minister Alexis Tsipras of the Syriza party has been bombarded with criticism about how his government made it difficult for the country to have public investors. 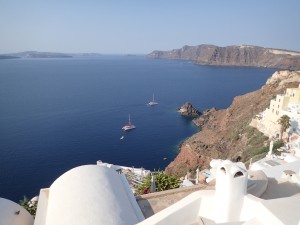 Greek attitudes toward problematic times are not always the best: almost everyone breaks the rules. I remember my tour guide, Athene, pointing out the cars that were parked on the sidewalks, cars who were double parked the wrong way, and people ignoring the red lights. Athene taught me about the “Eh, this is Greece” attitude, where the laws are not enforced. Speaking with other Greek people, I also noticed the laissez-faire attitude. An example of this is the 2004 Summer Olympics in Athens. New buildings had to be built, and roads reconstructed, however; one of the main bridges for the Olympics was never finished, I remember looking at it and thinking “Eh, this is Greece.”

The Greek productivity is another thing that surprised me; stores were closed in Santorini and Athens right when countless buses packed with tourists appeared out of the blue, and people sitting in the street joking and laughing with each other did not reflect the crisis situation that the rest of the world was talking about. I enjoyed this part of Greek behavior the most. People seemed happy and friendly, regardless the negative perceptions about them around the world. However, one issue that struck me the most during my trip was the distrust among each other. This lack of trust goes back when the Greeks were trying to survive the Ottoman occupation. I’m sure Tom Stone will agree with me on this one. How can a country like Greece expect to grow their financial situation without trust among themselves and without foreigners able to rely on them to invest in their country?

Greek attitudes do not only affect Greece, they are also projected on the global financial system. In 2007, the global financial crisis began. The recession weakened Greece’s already miserable tax revenues, making the shortfall even worse. By 2010, Greece faced a liquidity crisis forcing the government to search for bailout funding. Investors went into a frenzy and started pulling money out of Greece and other vulnerable economies as well. Greece’s multiple bailouts caused budget reforms that included cuts in spending, higher taxes, a later retirement age, cuts in pension benefits, liberalization of the energy market, and the privatization of state assets. These austerity measures have created a vicious cycle of recession, with unemployment reaching 25 percent. Greece’s fiscal position is creating a humanitarian crisis with an increase in homelessness and suicide rates, along with poor public health care. These measures in Greece are worsening the financial crisis instead of promoting economic growth. 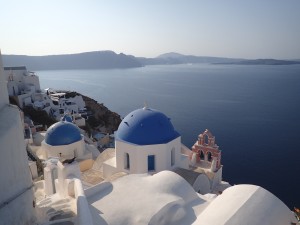 Tsipras thought 2016 was going to be the beginning of the end. However, people are still afraid of banks taking away their homes, and according to The Guardian, recent polls showed more than 55 percent of Greeks are pessimistic about the future. They think the toughest times are yet to come. In the beginning of January 2016, Athen’s left-wing Syriza government promised “not to implement controversial cuts in pensions” right after receiving their third bailout. This promise has all of us wondering if Greece would have been better off with the Grexit. Maybe it’s better to deal with the pain earlier than later.

Regardless of the negative perceptions toward Greece government decision, I experienced a country full of magnificent people, all of them willing to have a conversation that can last for hours. Just talking about Greece’s ancient history and how everything they do is related to their ancestors. Greeks are very passionate and proud of their culture. Their beliefs are so strong that others things don’t matter as much. Greece’s rich history, paradise islands, volcanic sites, delicious port wine, and amazing flavored food have the potential to attract tourists and foreign investments.