“The State of the Middle East Forum” is an annual Winter platform of the Niagara Forums that focus on political, social and economic challenges and important issues in the Middle East.

We are pleased to present “The State of the Middle East Forum: Conflict & Security.” Our distinguished speakers from various fields and backgrounds from around the Greater Chicago land area will spotlight general issues facing the Middle East, especially the Gulf today.

The forum will consist of two panels. The first panel will look at the Crisis in the Gulf: Russia’s military incursion into Syria has complicated an already profound security crisis in Syria and Western Iraq. What are the goals of Iran, Syria Turkey, Russia, the United States and the Gulf States in Syria today? Can the situation be de-escalated, and if so how?

The second panel will look specifically at the Humanitarian Crisis in Syria and how we can, from Chicago, help our global family.

There will be Q&A sessions after each panel, where our guests will be able to ask questions about the topics discussed in the panels. Join us as our distinguished speakers participate in productive interactions that promote innovative global and public policy solutions.

Crisis in the Gulf 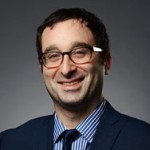 Dr. Faris is currently the chair of the department of political science and public administration at Roosevelt University.

He received his Phd from the University of Philadelphia in Pennsylvania.

Dr. Faris has been published in the International Journal of Middle East Studies, Middle East Policy, Arab Media & Society, Politique Etrangèr, NPR, and the Christian Science Monitor amongst others.

Dr. Faris spent a year and half in Cairo, Egypt before the revolution in 2011. During this period, he spent time interviewing activists, journalists and students.

He is currently working on a text which focuses on the U.S. Foreign Policy in the Persian Gulf.

Dr. Esani is an assistant professor of International Studies at the College of Liberal Arts and Social Sciences at DePaul University. He has formerly taught at UIC and and the Central European University in Budapest.

He received his Phd from Leiden University, his M.A. and B.A. from the University of Massachusetts-Amherst.

He is a contributing editor of the Middle East Report in D.C and has a background of regional planning in Iran as a part of post-war reconstruction. Dr. Esani has worked as an advisor to the city council of Tehran.

Dr. Yadav is currently an Associate Professor of Political Science at Hobart and William Smith Colleges.
She has previously taught at Harvard University and Mount Holyoke College.

Her speciality is in comparative politics of the Middle East and Islamic Political Thought. Her research studies the effects of Islamic organizations on the public sphere, and also the study of the revolutionary youth movement in Yemen. She has conducted her research in Yemen, Egypt, Lebanon and Israel.

Dr. Yadav is also the published author of Islamists and the State: Legitimacy and Institutions in Yemen and Lebanon.

She returns to the Middle East every year, where she conducts research, contribute to the development of emerging programs in Global Education while enjoying the culture of the Middle East.
[/expand]

The Humanitarian Crisis in Syria

Dr. Sahloul is the president of the Syrian American Medical Society. SAMS works to provide medical services to Syrian refugees.

He received his education from Northwestern University, the University of Illinois at Chicago and Damascus University.

Dr. Sahloul is active in the interfaith community, as he serves on the National Advisory Board of Bernardin Center of the Catholic Theological Union and the center of Christian-Muslim Engagement for Peace and Justice at the Lutheran School of Theology.

Dr. Sahloul contributes his time to many other worthy causes such as the Illinois State Muslim Advisory Council, the Illinois Coalition for Immigrants and Refugee Rights, and as a board member of the American Islamic College.

Ms. Suzanne Akhras is the President and Executive director of the Syrian Community Network. The SCN is a resource for refugees which promotes community, family and Syrian culture. She is also the founder of the Syrian American Medical Society (Midwest Branch) and served as the President from 2004 to 2006.

She has been featured in articles in the New York Times, ABC, and the Chicago Sun-Times for her work with the Syrian Community Network and the Syrian American Medical Society.

Her undergraduate education is from the University of Illinois at Chicago, and she received her M.A. from Lewis University in Organizational Leadership.

Ms. Akhras is currently pursuing a certificate at the Kellogg School of Management in Nonprofit Leadership at Northwestern University. 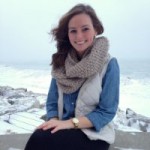 Ms. Whitney Cross is a community engagement fellow for the U.S. fund at the United Nations Children’s Fund.

She received her education from Loyola University in Chicago where she studied Political Science and International Studies. She has also studied abroad at the Universidad Rey Juan Carlos in Spain.