This morning, Turkish writer, journalist, and speaker Mustafa Akyol visited the Niagara Foundation and gave a talk for a planned Chicago Global Family event for all staff and interested members. Chicago and Global Family events are intimate meetings with local and global leaders. Our goal is for experts in Chicago to meet wit Niagara staff and our members who have expertise and interest in the topic at hand. These small, members-only gatherings are productive interactions established through dialogue on topics of political and cultural relevance. Akyol’s discussion centered on the current political climate in Turkey and afterwards included a complimentary signing for his book, Islam Without Extremes: A Muslim Case for Liberty.

Akyol began his talk with a brief overview of Turkish political history, including the birth of Kemalism, a political ideology founded by the twentieth century Turkish leader Mustafa Kemal Ataturk. This particular ideology, according to Akyol, consists of the idea of Turkish nationalism as a cultural identity and religious secularism. Through this new definition under the rule of Ataturk, a new Republic of Turkey was formed, one that most closely resembles the political models of the west in terms of its democratic and secular nature. 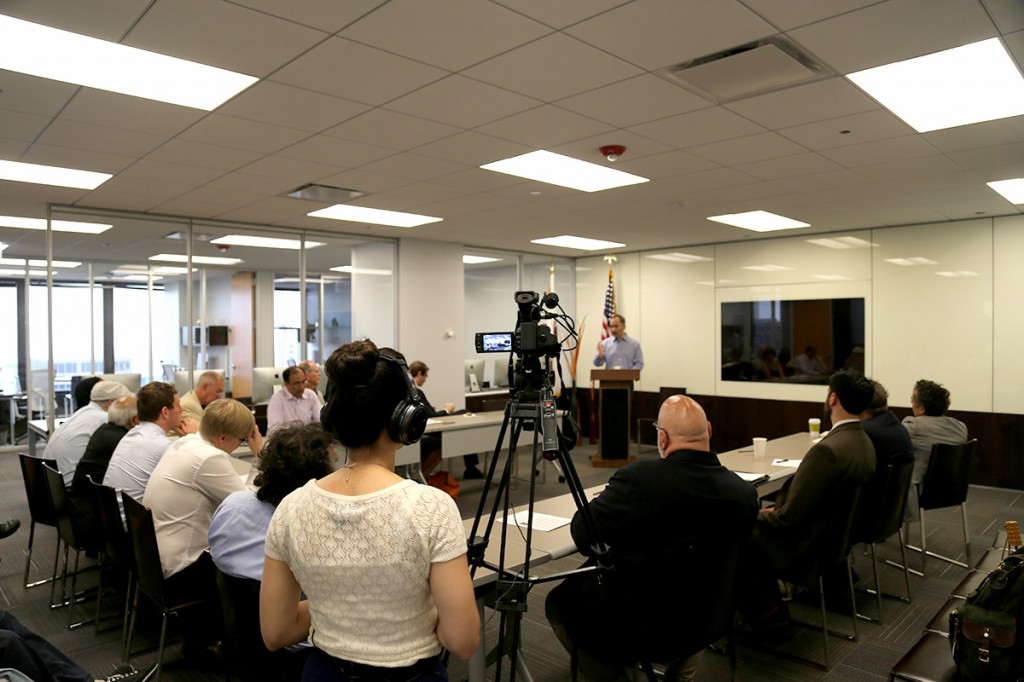 However, Akyol then makes the point that the way secularism is understood in a western context is perceived to be something completely different under Kemalism. In the United States, for example, to be secular is to detract focus from religion as a whole and allow its population the freedom to practice any faith they choose. In Kemalist Turkey, however, Akyol notes that secularism emphasizes freedom from religion, in that practicing any religious doctrine becomes unfavorable. It is from this notion of conservative religion being unpopular that issues have arisen within different groups of the Turkish people. These groups include conservative Muslims who are against the banning of religious headscarves, the Kurdish population that has oftentimes been culturally oppressed, and political liberals, who speak out for a decentralizing of power in the Turkish government, and for more equal treatment for Kurds and those who wish to practice a conservative Islam.

Akyol then goes on to discuss Turkey under the administration of the current Prime Minister, Recep Tayyip Erdogan, who was able to assume office in 2003 largely by sympathizing with the aforementioned groups. His attempts to lift the headscarf ban during his political campaign garnered support from the conservative Muslim population, as well as the support from the Kurdish population as a result of many initiatives he took to empower them during his campaign for office. 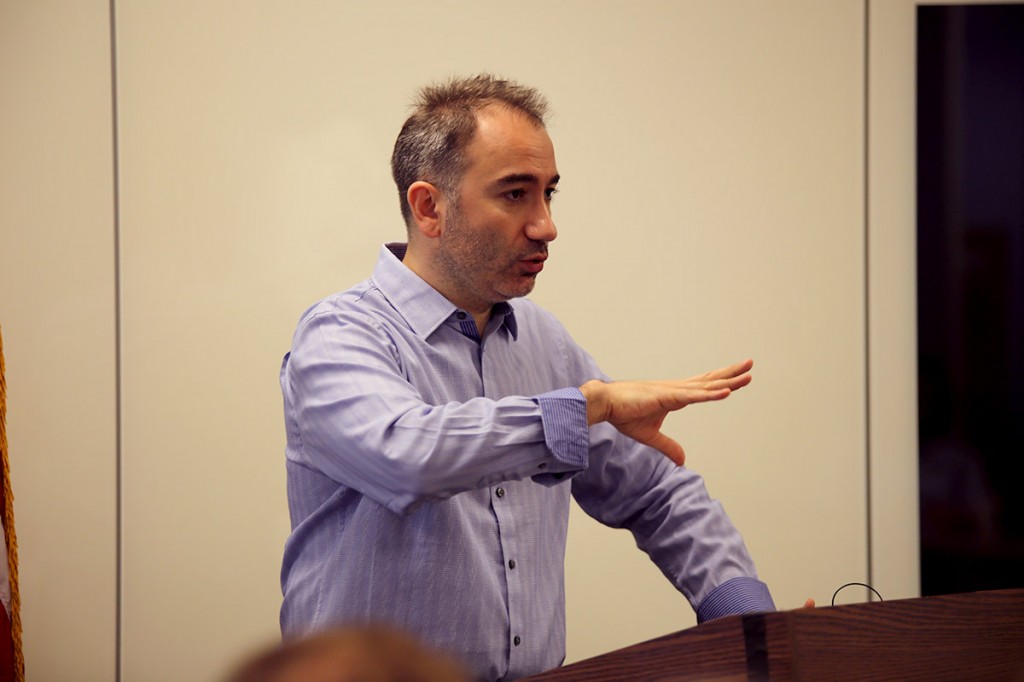 According to Akyol, the support given to Erdogan by the liberals in Turkey began to wane when it became clear that their ideals no longer aligned. “In his mind,” stated Akyol, “democracy means elections, nothing more.” Not only has the Turkish government begun to become more involved in civil affairs, but many media outlets are being manipulated to sympathize with Erdogan and his administration, even those that have been known to speak out against him. Akyol himself has been let go from his position at Star, a daily newspaper for which he was a columnist as a result of things he has written that were unfavorable towards the Erdogan administration. 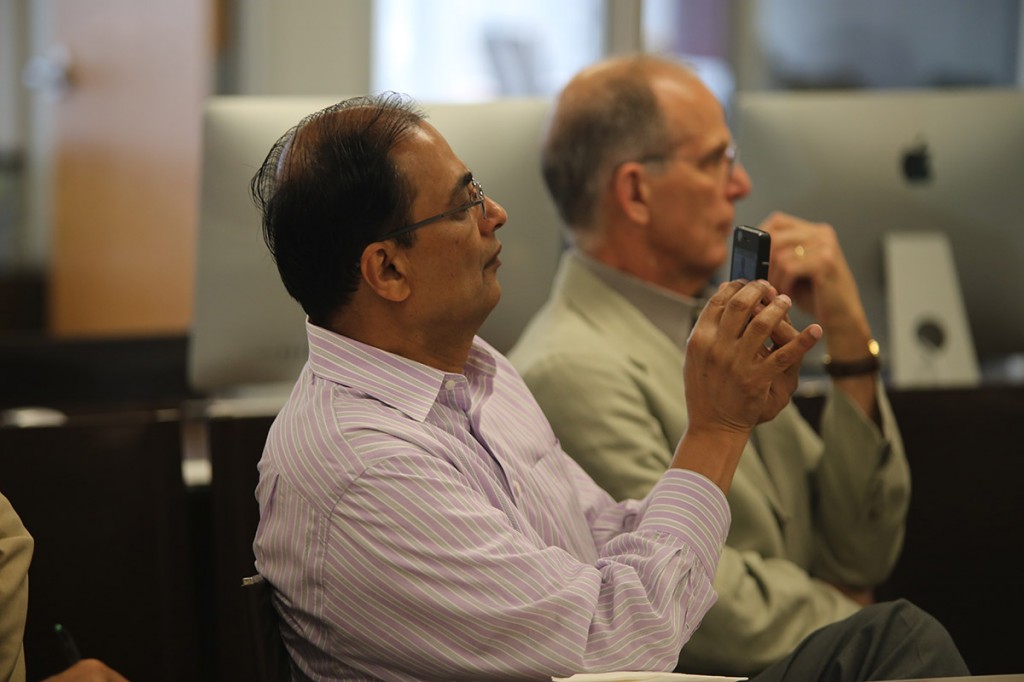 Akyol emphasizes that Erdogan’s growing suppressive power does not negate the improvements he has brought to Turkey since he has been in power, such as improved health care systems, an economic boom, and the empowerment of the rural and working classes that has allowed for their recent social autonomy. However, he notes that a limited government, freedom of the press, and civil liberties are no longer factors Erdogan takes into account as the head of a democratic nation and is only concerned with the consolidation of power.

Akyol then focused his attention on the future of the Turkish government in terms of people speaking out against Erdogan’s political agenda and the upcoming elections in August. He speculated that if Erdogan were to be elected as president (a likely outcome, as he still has many supporters) he would most likely work to change the Turkish constitution so that the president is granted more power. Akyol argues that much has changed in regards to democratic freedom since Erdogan has become Prime Minister, and he can only “imagine what will happen if he is in office until 2024.”