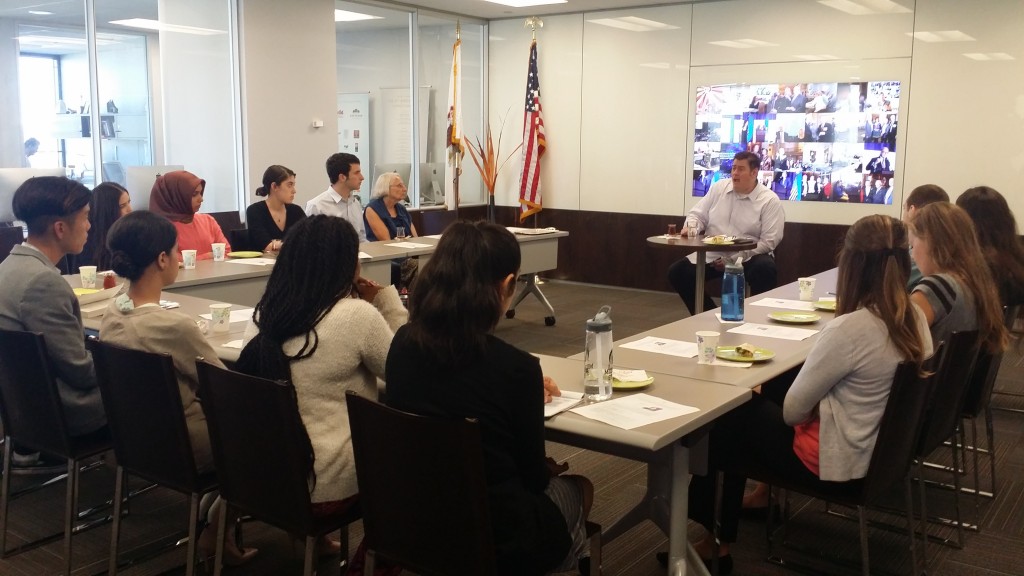 On Tuesday, August 11th, Jamil Khoury joined the Niagara Foundation for a Chicago and Global Family event. A self-proclaimed WASP (White-Arab-Slovak-Pole), Khoury captured his audience instantly with his humor and genuine personality. As a theatre producer, essayist, playwright, and filmmaker, Khoury is a man of many talents, with 11 years of experience as a cross-cultural trainer and international relocations consultant. He is also the Founding Artistic Director of Silk Road Rising; an organization that promotes Asian and Middle Eastern backgrounds.

Located in the Windy City’s Chicago Temple, Silk Road Rising is a non-profit organization that promotes and provides a platform for Middle Eastern, Arab, and South Asian actors and playwrights to tell their stories. By challenging  audiences’ perceptions of Muslim and Desi people in the wake of 9/11, Silk Road is introducing and providing a conversation that hopes to advance multiculturalism and add more realism and dimensions to the world of theater.

In his essay, “ Mass Media Muslims,” Khoury analyzes the three lenses through which he sees mainstream America respond to Silk Road people and cultures. Through national security, patriarchy, and liberalism, Khoury questions how and why Silk Road people are feared, despite their humanness and uniqueness as individuals. For Khoury, it is through art that false representations can be questioned, challenged, and changed.

After listening to his essay, Khoury and attendees engaged in an enthusiastic conversation about the power of theater. Art as a collective of expression serves as a language that reaches beyond the red tape of culture, race, and socio-economic class. Storytelling, as he terms it, is most effective when stories are told from actors of various backgrounds. As a playwright, Khoury expressed his passion for storytelling-bridging cultural divides and introducing audiences to stories rarely told on stage. It is through artistic but realistic representation that Khoury hopes to paint Silk Road people in a truthful, unbiased light, one that will cut through the darkness of Islamophobia and political racism.

The Niagara Foundation would like to thank Jamil Khoury for participating in this Chicago and Global Family event.

The views and opinions expressed in this article are those of the authors and do not necessarily reflect the views or opinions of Niagara Foundation, its staff, other authors, members, partners, or sponsors.