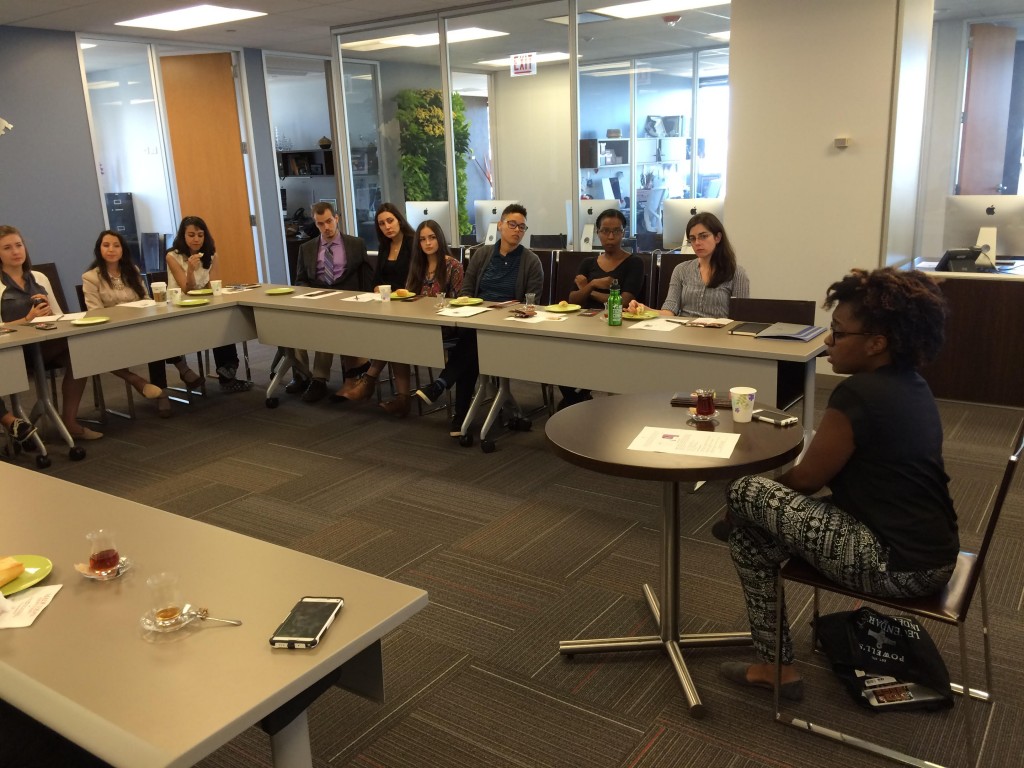 On August 12, Charlene A. Carruthers joined Niagara for a Chicago Global Family Event. Carruthers is the national director of Black Youth Project 100 (BYP100), a collective aimed at empowering Black Americans to achieve racial and economic justice. She was born and raised on the South Side of Chicago, having spent some years in Back of the Yards and Englewood neighborhoods. Carruthers attended Illinois Wesleyan University where she was one of 16 black students in her freshman class.

Her education quickly became rooted in the goal of mobilizing underrepresented students in attempt to shift the university culture. After her initiative did not create a large dent on campus, she came to the realization that mobilization does not guarantee that the fundamental structure will change.

This lead to her re-examine her role as a global citizen and as a Black American, inspiring her to pursue an international studies major. Carruthers’ politicization largely took place during her study abroad trip to South Africa, where she cultivated a love for developing young leaders within marginalized communities. Focusing on intersectional liberation, Carruthers worked on developing an organization that would precipitate economic emancipation and racial justice of Black Americans. This gave birth to the BYP100.

BYP100 was formed as a result of 100 young Black activists convening, coincidentally, on the date that Zimmerman’s verdict was announced for the 2012 murder of Trayvon Martin. Carruthers explains that without this event, the gathering would have never evolved into the organization it has become today. BYP100 is unique because the work is viewed through a black core feminist lens, centered on the narratives and analysis of marginalized people.

In the last two years since the inception of the organization, Carruthers has worked to expand BYP’s research arm. BYP100 now encompasses topics such as the decriminalization of marijuana, dismantling the prison industrial complex and securing LGBT and women’s rights. As an action-driven organization, BYP trains youth through a grassroots mentality, instilling organization skills and power to transform disaffected communities which includes insisting an end to racial profiling and police brutality–all of which are vehicle to the social fruition of Black Americans.