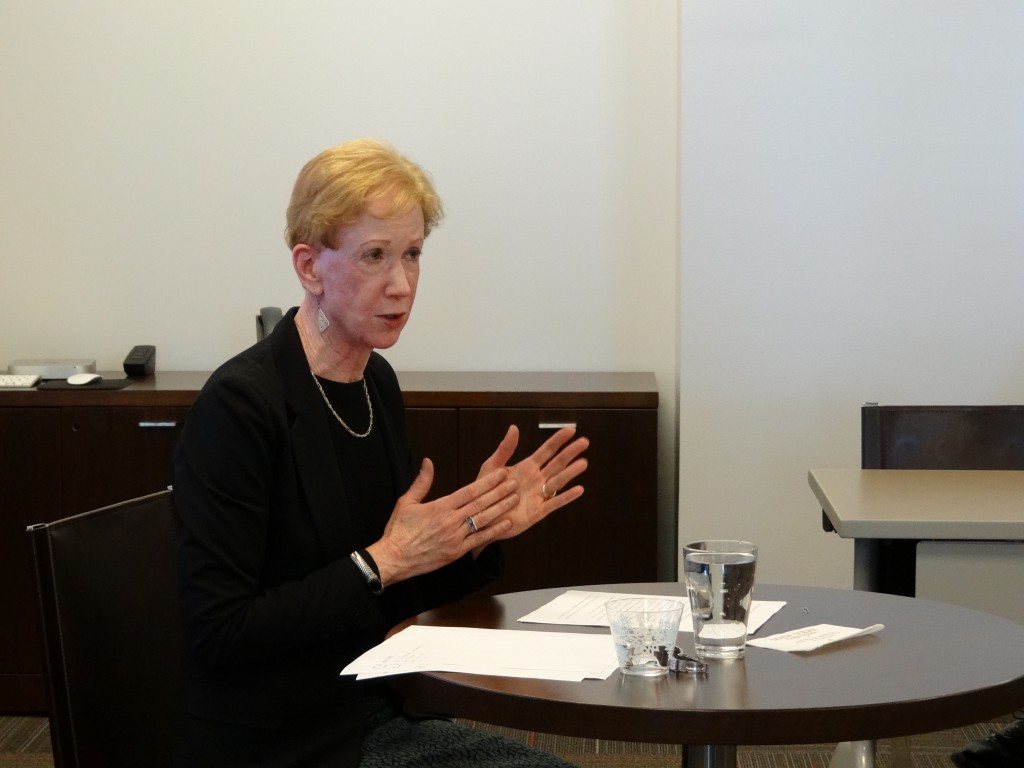 On Thursday, March 17, Niagara Foundation welcomed Dr. Susan Ross from Loyola University to discuss the role of feminism within both an academic and theological context. Dr. Ross received her BA from Manhattanville College in New York and both her Master’s and Ph.D. from the University of Chicago. 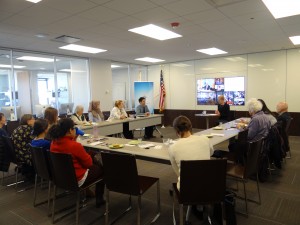 As an introduction, Dr. Ross shared with Niagara sta    ff and member her favored definition of feminist theology with a quote from theologian Elizabeth Johnson, “Feminist theology engages in at least three interrelated tasks: first, it critically analyzes inherited historical oppressions, second, it searches for alternative wisdom, and third, it risks new interpretations of the tradition in conversation with women’s lives.” While feminism in theology is becoming more accepted through the years, inherited oppression and sexism are still being passed on through the generations. Dr. Ross illustrated this point with an anecdote from one of her students who criticized an excerpt from Elizabeth Johnson. Her student was critical of the progressive study of women in religion because of the inherited idea that women are inferior. In this student’s mind, because the first woman was created from man, therefore, women are not a perfect manifestation of God’s creation. This instance illustrates the fact that young people are still inheriting these oppressive ideas in 2016. 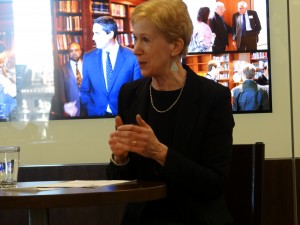 One way to challenge such antiquated ideas, according to Ross, is through Elizabeth’s Johnson’s third task, to develop new interpretations of tradition relating to women’s lives. In the 1950’s and 60’s, popular theologians such as Paul Tillich would talk about concepts like original sin the in the language of pride. According to Tillich, having too of a high opinion of one’s self was trying resemble God, and what Christians should strive to be self-sacrificial, to put oneself second to others. However, at this time in the 1960’s a peer of Dr. Ross’s at the University of Chicago challenged this assertion in regards to women’s relationship to this ideal in a dissertation, and according to Ross, “Is this really the message that women needed to hear? Perhaps powerful men, but do women need to learn to be more self-sacrificial?” An idea like this was revolutionary at the time and a powerful concept in the early days of feminist thought in theology. 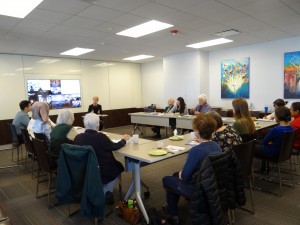 After Dr. Ross’ presentation, the floor opened up to questions. One audience member expressed interest in how religion became so male-dominated throughout time. Dr. Ross responded with an idea first introduced in The Creation of Patriarchy, “There is some controversy about that. I think the best scholar on this is the late Gerda Lerner, a feminist historian at the University of Wisconsin. She wrote the very influential book The Creation of Patriarchy, in which the author states the roots of patriarchy are found in agriculture. Agriculture is when the whole idea of the earth as a sort of feminine reality came about. What is perceived is that males have the power of fertility and that the female is just the receptacle, because that’s what they observed in agriculture. The need to control that process led to putting women into a domestic context, a position over which men could control them because otherwise there was no way men could determine fatherhood and ownership. She makes the argument that agriculture and patriarchy go together.” 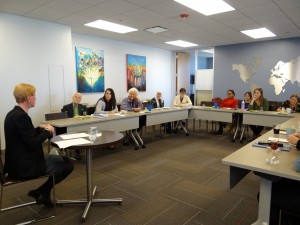 Niagara Foundation would like to extend its thanks to Professor Susan Ross for participating in our “Friends in Faith” series.