On December 4th 2014, the Niagara Foundation celebrated both its 10th year and the annual Peace & Dialogue Awards at the Hilton’s Grand Ballroom in downtown Chicago.

The mood was celebratory and the milestone was evident: from three volunteers in a basement 10 years ago to over 750 members of Niagara family gathering in the stunning Michigan Avenue hotel; the night was a testament to the success and growth of Niagara.

While the program included anecdotes and speeches from friends of Niagara, the primary objective of the evening was to acknowledge and congratulate the 2014 Peace & Dialogue awardees: the University of Chicago Booth School of Business, the Greater Chicago Food Depository, and the Chicago Innovation Awards. 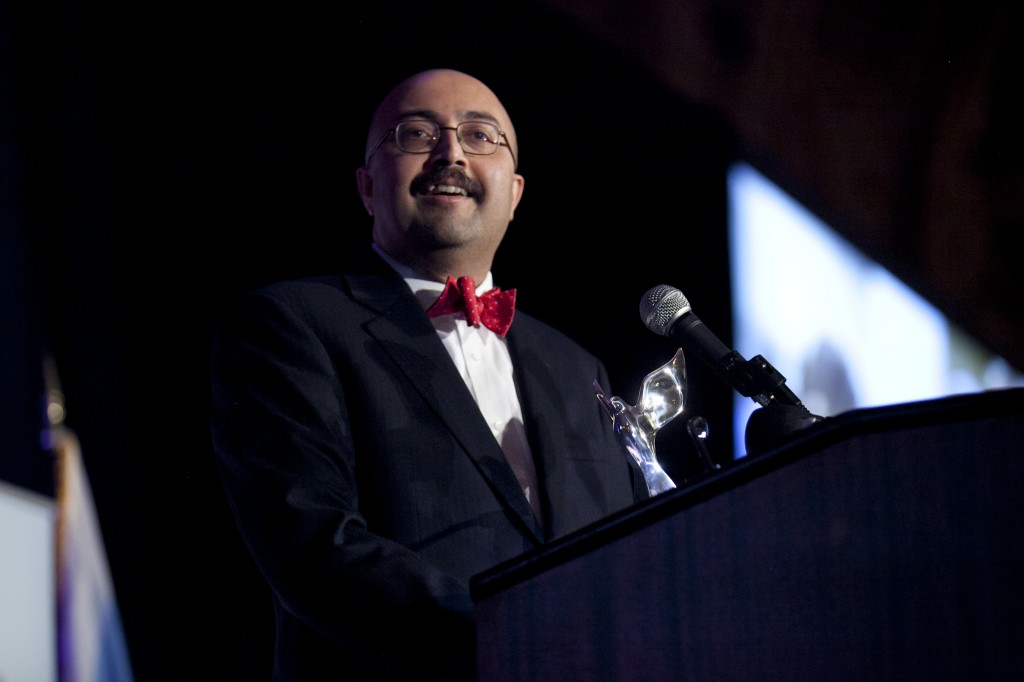 Dean Sunil Kumar of the Booth School of Business

Dean Sunil Kumar received the Global Vision Award on behalf of the University of Chicago’s Booth School of Business. His remarks were reverent and humorous, paying tribute to the great legacy of the educational institution and sharing the honor with Booth’s historical leaders in cultivating a global lens.

Dean Kumar also brought along professors and students to share in the celebration of the award. 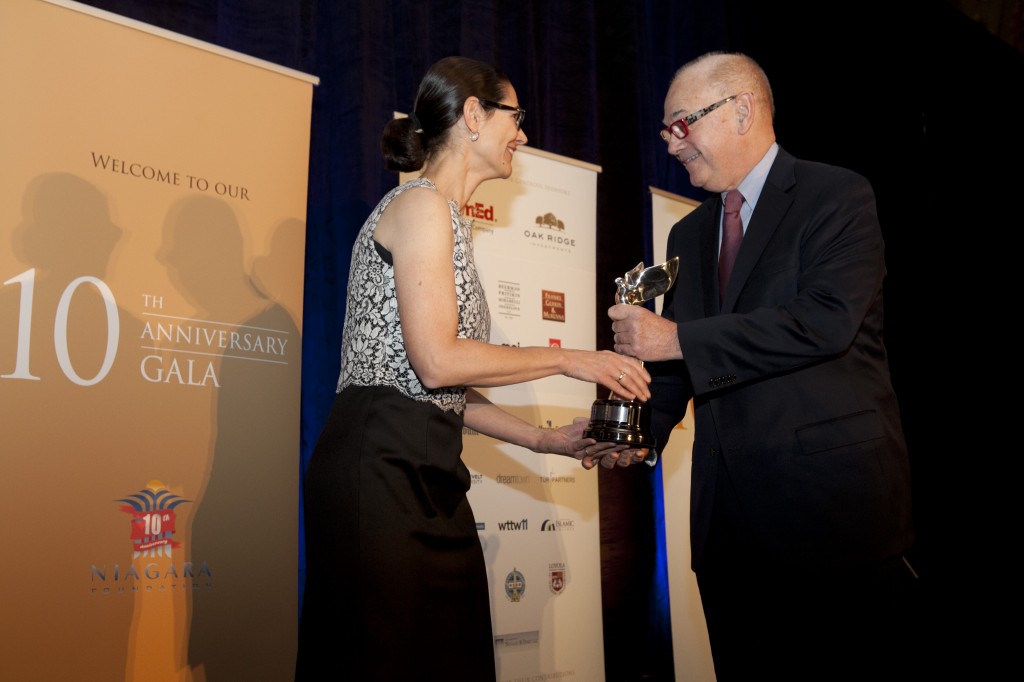 Kuczmarski and his team have led the charge in recognizing innovation and spurring growth throughout our city and Niagara was thrilled to honor the Chicago Innovation Award’s contributions to that same fight. 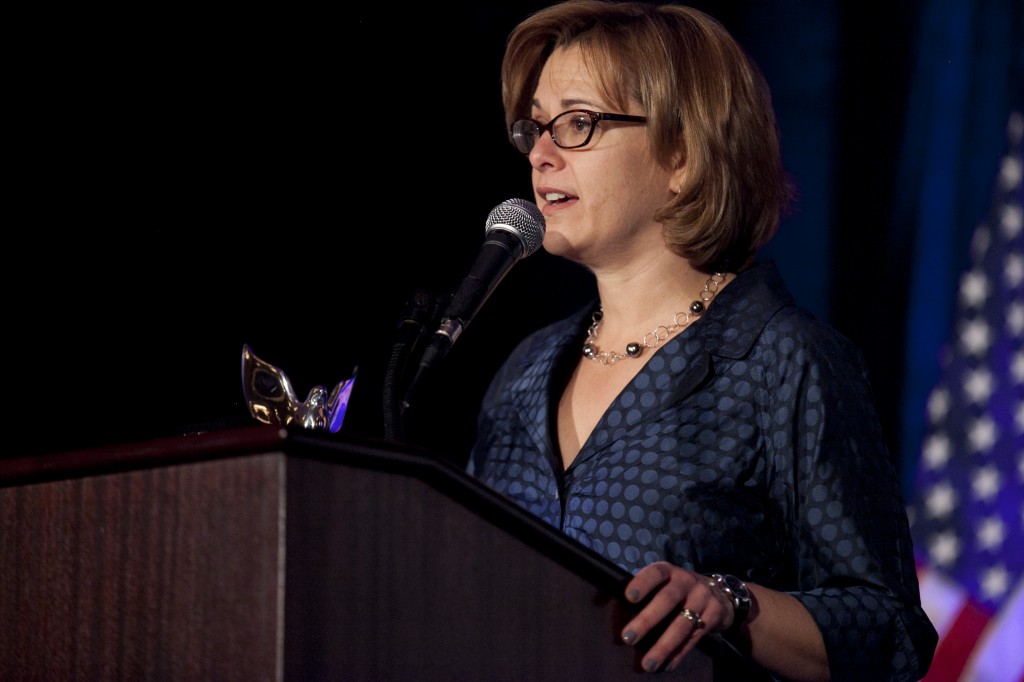 Executive Director and CEO of the Greater Chicago Food Depository, Kate Maehr, delivered a speech that was heartfelt and fiercely unapologetic. She discussed the reality of hunger in our city and throughout the country, pointing out that even at a luxurious event, in a stunning hotel, we must be aware of the somber realities facing our communities.

It is exactly this tenacity, demonstrated by Maehr, that informs the work of the Greater Chicago Food Depository and earned the organization the 2014 Niagara Community Service Award!

The diversity of 750 gala attendees served as a wonderful reminder of Niagara’s mission. Bringing people together for the greater good was the clear theme of the evening. Public officials, community activists, and religious leaders took the stage to share how Niagara had impacted their relationships, perspectives, and methodologies, among them were Budd Friend-Jones, Susana Mendoza, Scott Alexander, Dirk Ficca, and Azam Nizamuddin. Even the Honorary President of the Niagara Foundation, Fethullah Gulen, participated remotely, as his thoughtful and inspirational letter was read aloud to the audience. 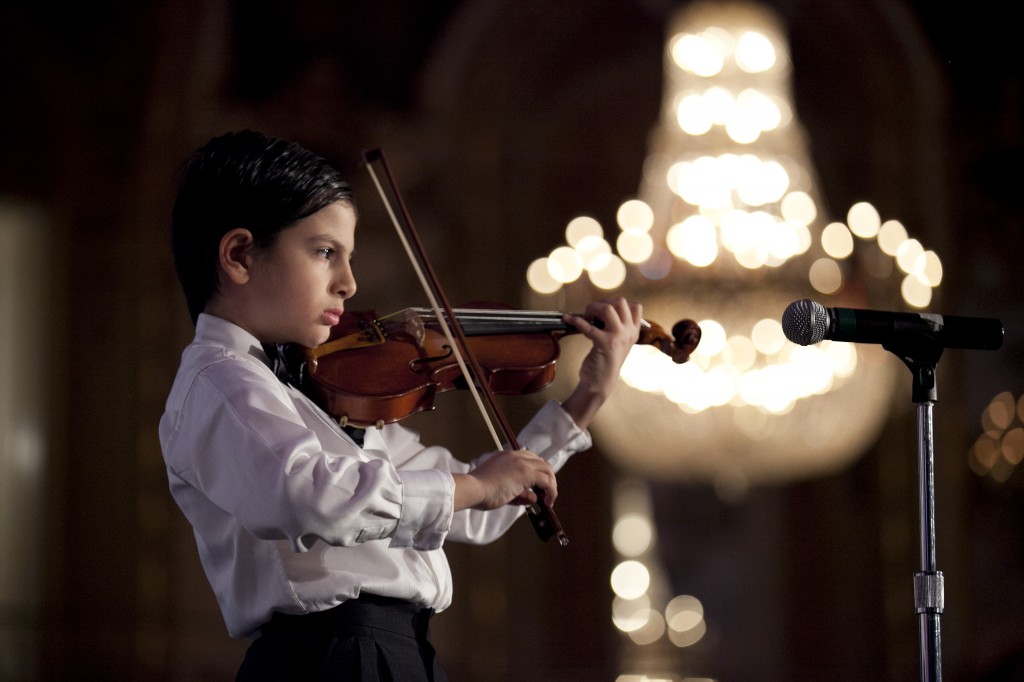 The energy was palpable that night…and Niagara looks forward to funneling that energy into its programs, initiatives, and outreach in the upcoming year.

A special thanks to our generous sponsors, honorees, presenters, participants, and Master of Ceremony, James Janega.

Please check the beautiful photos from the evening here.

Happy Holidays from Niagara Foundation! We look forward to gathering once again in 2015.