Niagara Foundation denounces the recent actions of the Turkish Government, as they are incompatible with the freedom of the press, due process, and judicial independence. These core principles of democracy have been violated in another attempt by Erdogan’s efforts to crack down on vital media outlets in the country, as 31 reporters, producers, and public servants were arrested for allegedly attempting to oust the current regime.

The Turkish government continues to put pressure on any critical group of writers or publications that remain in the Turkish media. This government-orchestrated intimidation and harassment of journalists, news organizations, and police officials is a demonstrable move away from democracy and toward dictatorship.

Members of the Hizmet civic movement are in no way affiliated with such lawlessness or degradation of human rights. The unjust raids on the most high ranked media personnel, directors and producers of popular television serials, and police officers, are incompatible with the values of Niagara, the Hizmet movement, and all others who value tolerance, public discourse, and progress. These arrests are incompatible with the freedom of media, a core principle of democracy.

Niagara Foundation sends encouragement to its friends and allies in Turkey. With their fearlessness and fierce commitment to transparency, we can ensure that Turkey will one day leave this suppression behind and fully embrace democratic ideals. 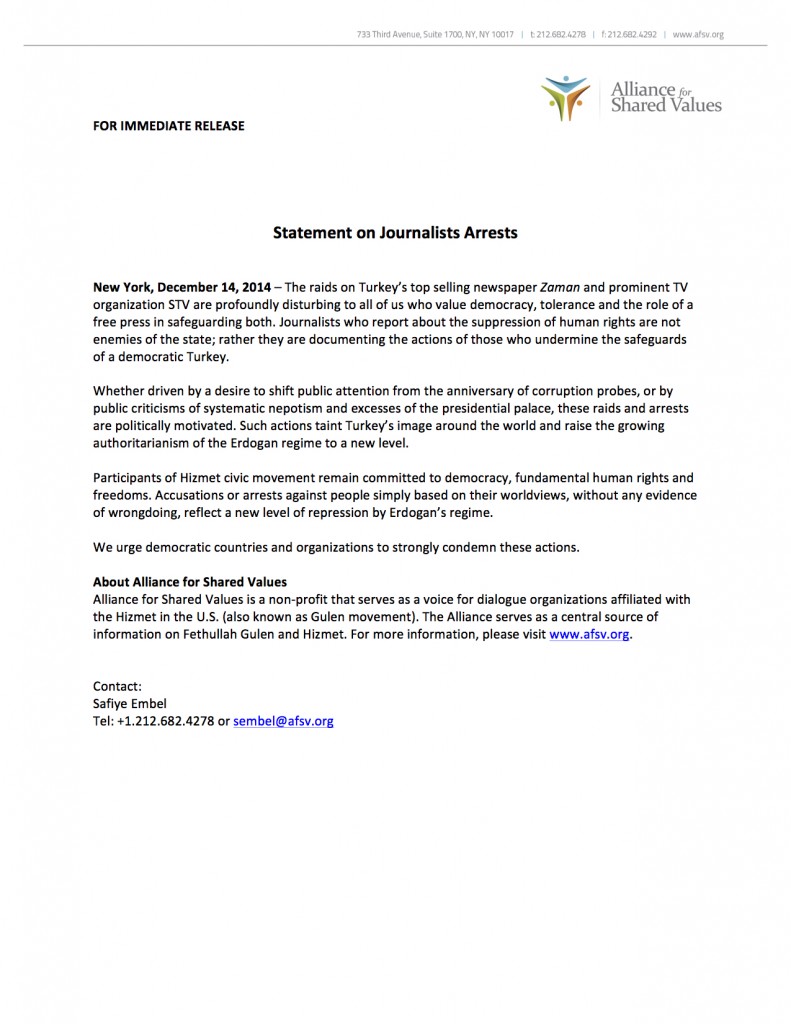