Allison Rosati is co-anchor of NBC5 News’ award-winning news team at 5, 6 and 10 p.m. Illinois Broadcasters Association named Rosati and Warner Saunders best anchor team in 2004. Rosati joined the NBC 5 family as an anchor and reporter in August 1990.
Viewers first got to know Rosati on “First Thing in the Morning.” Five years later she enjoyed anchoring the early evening news. And in May 1997 Rosati was promoted to co-anchor of NBC 5′s 10 p.m. newscast. In addition, Rosati also co-anchors the station’s weekday 6 p.m. newscast, does a weekly segment called Wednesday’s Child and special reports.

Originally from Pine City, Minn., Rosati started her career in Rochester, Minn. in 1985. KTTC-TV hired her as a general assignment reporter and in less than a year, promoted Rosati to producer and co-anchor of the 6 p.m. and 10 p.m. newscasts.

Committed to community service, Rosati volunteers her time for many Chicago-area organizations. Whether it’s the Greater Chicago Food Depository, the Infant Welfare Society, the Ronald McDonald House, or the March of Dimes, Rosati enjoys giving back whenever possible. Over the years she has also helped the Big Brothers/Big Sisters organization, from sitting on the board of directors to helping with events to raise awareness.

Rosati has received numerous awards for her work including a National Emmy for the “Survive Alive” Station Project and Fire Prevention special. In 2004 she received the Humanitarian Of The Year award from the Italian American Police Association, who also named her Woman Of The Year in 2001. In December of 2002, Allison Rosati received the Department of Health and Human Services Adoption Excellence Award from HHS Secretary Tommy G. Thompson. She also received an Excellence in Communications Award from the Justinian Society of Chicago, and the David Award for “Achievement in Broadcasting” and in May of 2001, she received the prestigious Dante Award from the Joint Civic Committee of Italian Americans — an annual award to journalists who are “not timid friends to truth.” In 2000, she was honored with a Chicago Emmy Award for her role as host in “NBC 5 Presents: Millennium 2000.”

Rosati and her husband have four children. 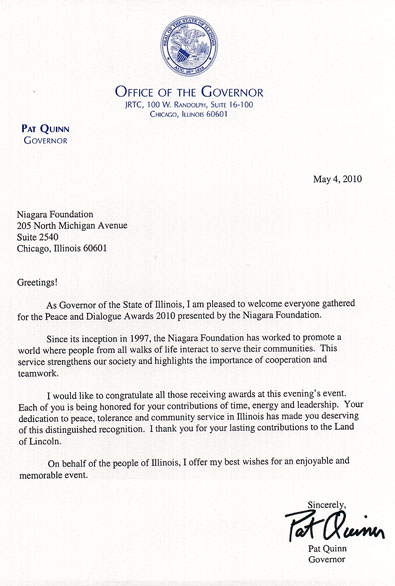 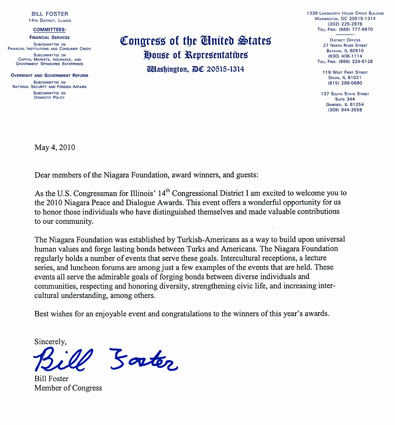 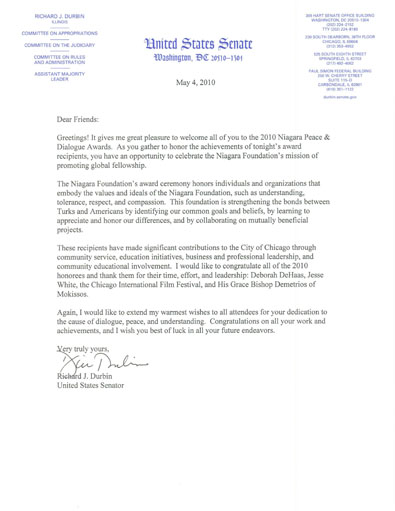 His All Holiness Bartholomew
Archbishop of Constantinople, New Rome and Ecumenical Patriarch 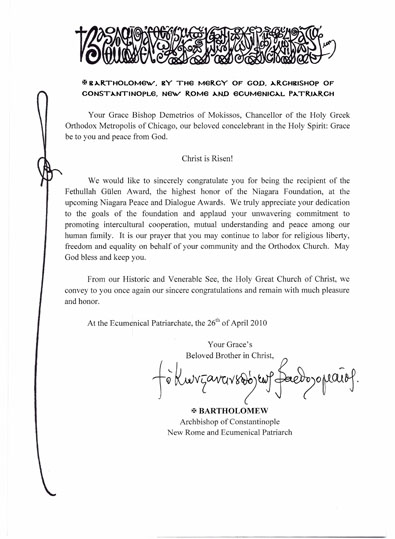 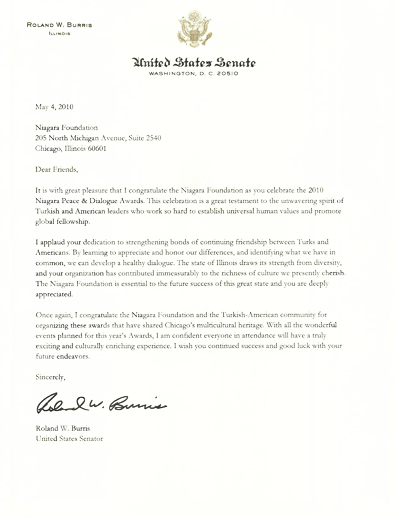 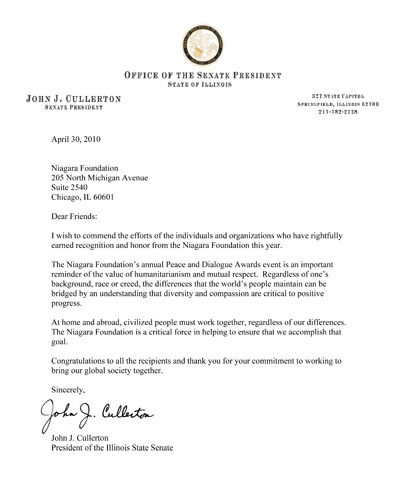 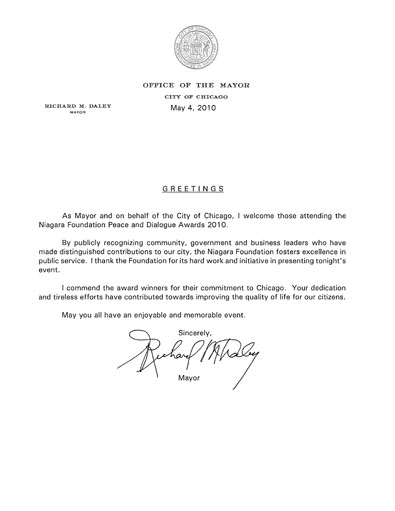