By: Alexis O’Connor, intern at Niagara Foundation and student at Northwestern University

Niagara Foundation held a panel on recent developments in Ukraine on Thursday, March 28.  The four panelists were Andriy Pravednyk, Consul General of Ukraine; Marta Farion, president of the Kyiv Mohyla Foundation of America; Alexander Strilchuk, president of the Ukrainian Congress Committee of America Illinois Chapter; and Mykola Murskyj, member of the Group for Tomorrow’s Ukraine.

Marta Farion began the discussion with an outline of the history of the conflicts, focusing on Ukraine’s complicated history with Russia.  Farion was raised in a Ukrainian family and has worked for an organization supporting Ukrainian education for ten years.  Despite Ukraine’s independence, Russia has been influential through its control of education and media strategy. 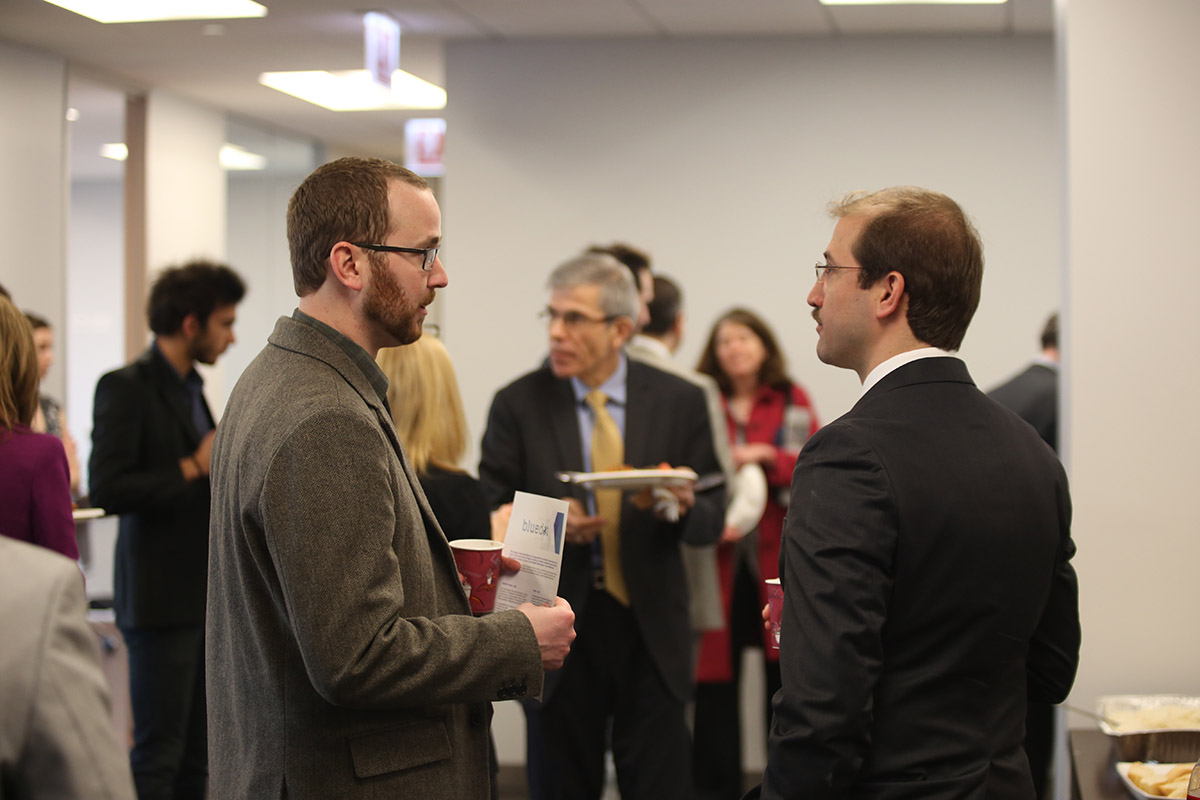 Farion believes the Russian media is strategized to portray Ukraine as two countries within one—West Ukraine being European, and East Ukraine being Russian.  In reality, people of all backgrounds live dispersed through the country.

“Even in East Ukraine, the majority of the population wants to be free, have transparency, and have a European way of life,” Farion said.

Pravednyk also discussed the current situation in Crimea.  He believes that Russia is looking for justification to begin a war. 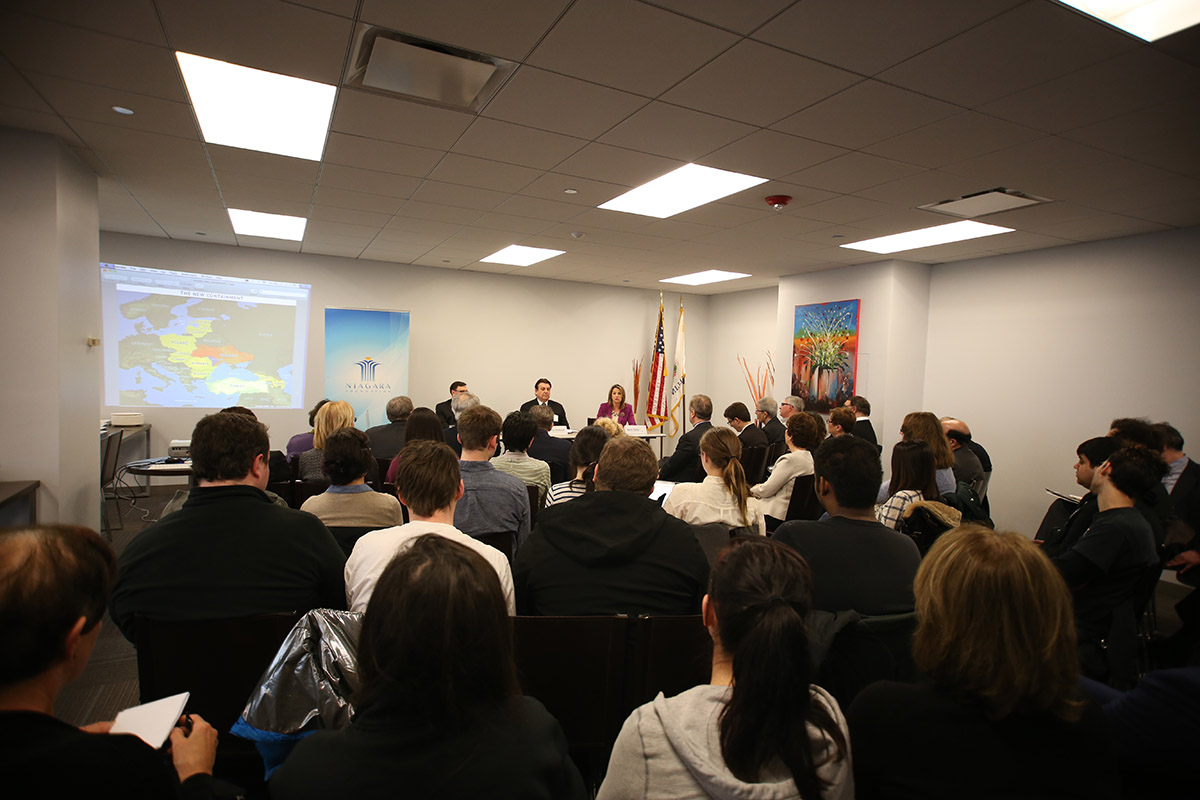 Alexander Strilchuck, president of the Ukrainian Congress Committee of America (Illinois division), shared his experience during his visit to Ukraine in 2001. With a group of young Ukrainians, he attended the Independence Day parade for Ukraine.  Later on the television, he saw President Vladimir Putin attended the same parade.

“I asked myself, ‘why invite your worst enemy?’” Strilchuck said.

Looking back, he realized that Putin was establishing himself in Russia as early as 2001.  He also believes the citizens of Russia do not approve of the attention Putin has focused outside the country.  Rather, the Russian people desire help for their own living conditions before expanding control. 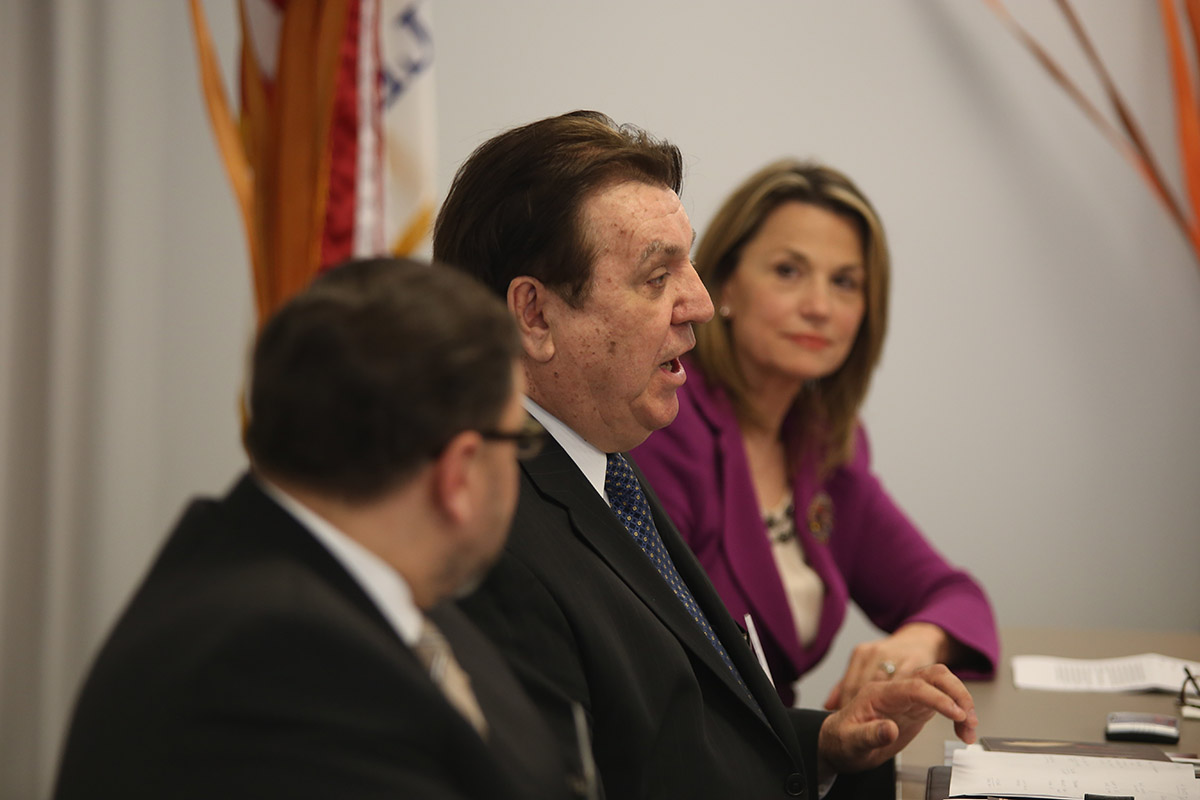 The final panelist, Mykola Murskyj, is a member of the Group for Tomorrow’s Ukraine, formerly known as the Euromaidan Journalist Collective.  Currently reporting from Ukraine, Murskyj joined the discussion via Skype.

Murskyj is glad to see that American media has began to cover the events in Ukraine in greater detail, but stresses the dangers of oversimplification.  As Farion mentioned, Murskyj discussed the myth of an east-west divide in Ukraine.

“This overly simplistic myth is very appealing,” Murskyj said. “But people that understand or are interested have to take it upon themselves [to complicate the idea].”

Murskyj recounted multiple interviews he has conducted with protestors that spoke Russian, but were Ukrainian patriots.  His interactions with Russian-speaking Ukrainian activists exemplifies that the divide of pro-Russia and pro-Europe are not so obvious. 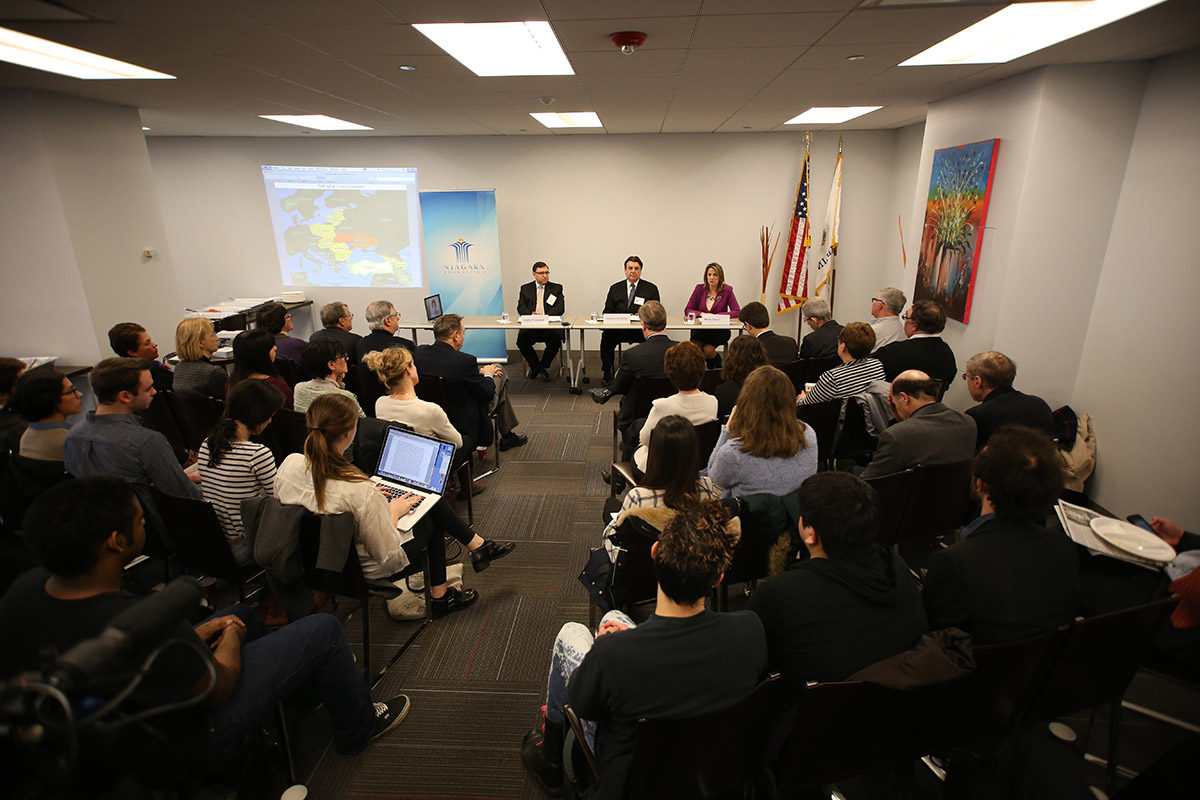 The panel also touched on the recent polls from Crimea that, according to BBC, reported 93% of citizens supporting the Russian union.

According to Farion, most of the population did not vote, either in protest of the poll or for personal reasons.  In addition, many voters were actually Russian citizens brought in to vote on the issue.  In this situation, the poll was highly skewed due to the poor representation of the full population.

The panel closed with a questions segment that allowed the audience to discuss points not addressed during the forum. Generally, hopes for Ukraine are high.  The panelists agree that, so long as the Ukrainian people unite and garner support from other countries, they will strive through this struggle.

“If you leave Ukraine to its devices, it will survive, develop, and become a world class country,” Strilchuk said.