“A Center of Christian-Muslim Engagement for Peace and Justice” at the Lutheran School of Theology at Chicago presents:

With the help and generous support of our partners, this event is free. 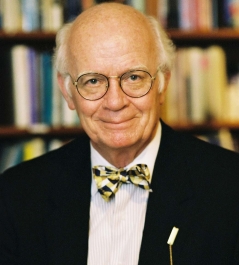 Martin E. Marty is Professor Emeritus at the University of Chicago, where he taught for 35 years, in the Divinity School and in the History Department. Marty is also a Lutheran pastor, ordained in 1952. He served parishes in the west and northwest suburbs of Chicago for a decade before joining the University of Chicago faculty in 1963. Marty also served as a columnist and Senior Editor for The Christian Century from 1956 until 2008.

Dr. Marty holds a B.A. in Theology and Church History and a M.A. in Divinity from Concordia Seminary in St. Louis, MO, a S.T.M. (Master in Sacred Theology) from the Lutheran School of Theology in Chicago (LSTC), and a PhD from the University of Chicago. In addition, he has received over 80 honorary doctorates from both domestic and international universities.