Here at Niagara, we are so proud of our internship program. Over the past few years we have had interns from around the globe and around Chicago come to learn and provide vital help for our small, but dedicated nonprofit.  To become an intern email internships@niagarafoundation.org with a resume and cover letter! To celebrate this summer’s interns, who are now sadly departing, we asked them a bunch of both fun and serious questions. Here is a snippet from each of their interviews. We’ll miss you guys:

Career Goals:
Once I graduate I’d like to work at a large Ad agency in Milwaukee or Chicago. From there I plan to move up the ladder and try working at different offices around the country and perhaps the world. Eventually I’d like to start my own agency.

Where else do you work?
I’ve tried a little bit of everything over the past few years ranging from kung fu instruction to election officiating, I’m currently a building manager at Marquette’s student union and a bar-back at one of Milwaukee’s oldest bars. 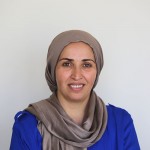 What is one thing you hope to accomplish in the next year?
To do something great for Afghanistan

What is your favorite TV show and why?
Harime Soltan is my favorite show because it shows how the reasons for the collapse of Ottoman Empire 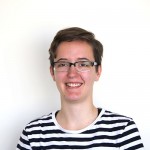 Career Goals:
My long-term goals include going to seminary and becoming ordained as an ELCA pastor with focuses on organic/alternative church, contemporary worship, youth development, and social justice. My short-term goals are to learn how to cook a meal that isn’t mac and cheese or cereal, graduate from Hamline, and spend more time with my family’s dogs.

Why did you pick to intern with Niagara?
I believe that in order to build a community that is rooted in understanding, we must have dialogue with those who are different than us culturally and religiously and work to embrace and honor those differences. I believe Niagara’s mission is directly in line with my own values.

Do you have a favorite Chicago tourist destination?
It’s cliche but I like the bean. Taking a visitor to Millennium Park never disappoints because not only are they downtown, they’re in the Loop, by the bean, they can see the art institute, you can point out where soldier field/Grant Park/Shedd Aquarium/Field Museum are, and there are a lot of food choices.

What is your favorite movie and why?
My Big Fat Greek Wedding is my favorite movie. It is hilarious and harmless in that it’s really family friendly. I don’t know why I love it so much because it’s so random I feel but I know every line and still laugh uncontrollably when I watch it. My favorite movie series, though, is 100% Harry Potter because I also know most of the lines to each movie and am a total groupie. I think I like both of these so much because of the memories tied to them. I know all the words but so does my mom, brother and sister because we watched these films together non-stop. 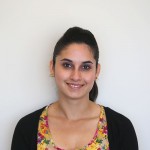 Career Goals:
Work for a news corporation like NBC as a reporter.

Do you have any secret talents?
I am a good salsa dancer

Career Goals:
Too early to tell as of now! However, I’ve limited my choices down to a couple. After I graduate from Lawrence I hope to attend graduate school for either journalism or an advanced program in Middle Eastern studies, possibly to become a news correspondent or policy advisor.

If you could have any superpower, what would it be?
I’d be an airbender. There is a tween show called ‘Avatar: The Last Airbender’ on Nickelodeon that’s a phenomenal anime series. In the show, characters are able to ‘bend’ or manipulate the elements around them in ways that become more powerful and complex as they complete rigorous training in the traditions and practices of martial arts. The athleticism involved in each type of bending for the four elements (air, earth, water, fire) is inspired by a different east Asian martial art. Airbending allows one to manipulate the air around them in whatever way they see convenient. Air benders can effectively fly, grab objects beyond arms reach and manipulate the trajectories of freely moving objects. DOESN’T THAT SOUND AWESOME YOU GUYS???

Whitney didn’t get a chance to take our interview, but we’ll miss her all the same!

Thanks to all of our interns for a great summer! Good luck in school this fall!