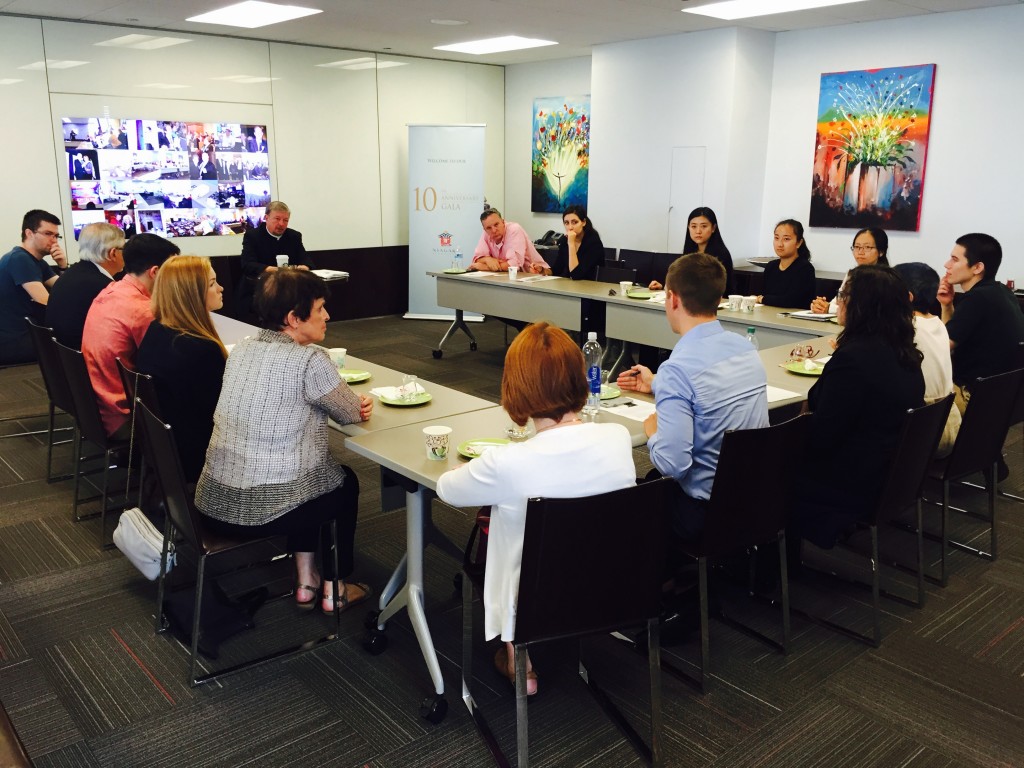 As Larry Dowling told us, St. Agatha community was originally very German and very Jewish.  There were wonderful shops, three or four theatres within a small area, and many more things that just died away. So, today unfortunately North Lawndale is known for a lot of negative things. 70% of population at North Lawndale have been in prison at one time or another, which leads to a lot of unemployment, because ex-defenders have struggle to get employment. There is also a great percentage of asthma and other health issues. Moreover, the community has the largest percentage in the nation of grand parents raising their grandchildren. Crime is an issue. Gangs and violence in the streets.

There have been past attempts to put end to the violence, killings, and fights. St. Agatha had tried to find a way to resolve the issues that are impacting so many people. In response to violence, people march or go to churches to pray. However, nothing changes. People gather, officials show up in the city, they call for peace and demand to end violence, however then they leave and nothing changes.

“So, I tried to think of how do we make a difference. Violence in the streets, what I have learned early on is that we can get to the violence in the street by gun control and all of that, but unless we address the violence at home we are not going to stop it, it’s going to continue. Family and home is where violence is emanating from. We’ve got to find a way to build relationships with these individuals and these families and do what we can do to try and impact them,” said Dowling.

Solution was the peace circles. Peace circles are gathering people to share and talk; it engages individuals who wish to resolve certain conflicts, who wish to support others, be honest and build communities. Most importantly these meetings are confidential, so that everyone can share anything they wish to.

Therefore, peace circles were organized for parents to attend one hour and half training sessions. First time, about 250 people showed up that enjoyed the training.  In the end, 5 circles of 15 people were left who consistently attended the sessions for the entire year. By now, there are about 100 parents that have gone through this program and are consistently meeting in small groups to talk about their struggles with kids and disciplining themselves to then discipline their children.

Overall, the main point of Larry Dowling’s speech is that if children are raised without violence and they don’t go through violent parenting at home, they will not act that violence out in the streets. Thus, the violence should be approached from infancy that will slowly change the future in the streets.

We at Niagara Foundation want to thank Father Dowling for his time and encourage everyone to help resolve conflicts at home and elsewhere peacefully in order to create a better world.