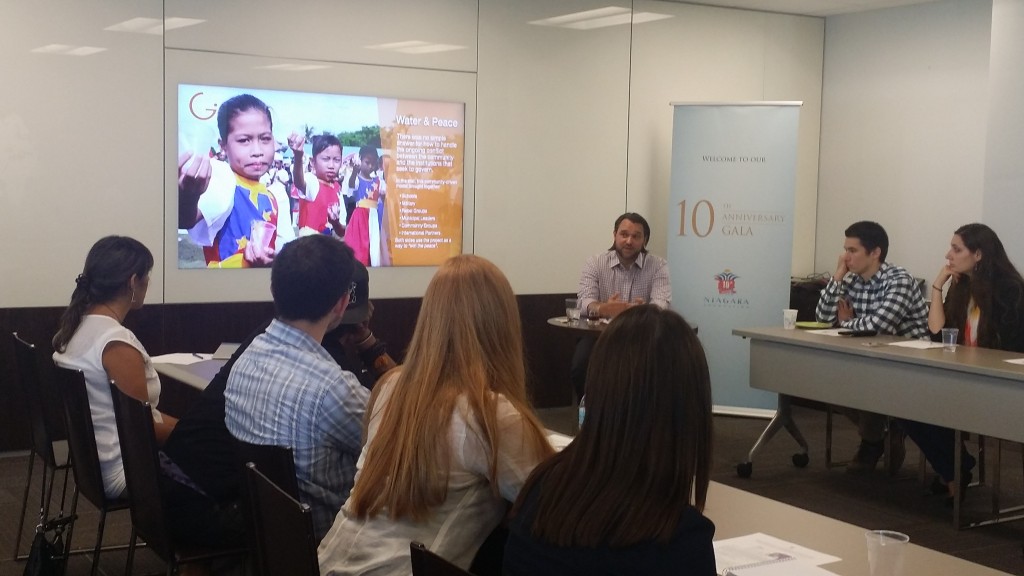 On Wednesday, September 16, Travis Rejman, the founding Executive Director of the Goldin Institute joined Niagara Foundation for an intimate discussion on the power of community in social change. Goldin Institute operates for global change in the areas of poverty alleviation, environmental sustainability, women’s leadership, and conflict resolution.

Travis Rejman told us the purpose of his organization and its mission. There is a need of space for communities where grassroots leaders meet and learn from each other, he explained. “And we decided that the best thing we’ve ever seen in terms of real social movement changes come when people that are participants set up the agenda rather than we try to decide what it is in advance, we basically turned it to them,” said Rejman. In the end, the outcome of the discussion was that there need to be a space in the world for people that don’t already get to go to parliament events, or that don’t already get to go to conferences, there needs to be a space for that level of grassroots activists to be able to learn from each other. “And the mission was born out of that conversation,” said Rejman. 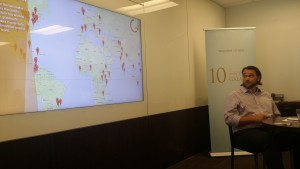 Goldin Institute works on many different topics in many places with the idea that communities can work together to solve their own issues and they need to be at the table designing their own solutions. “We believe that you need to work hard to make sure that everyone in the community has a seat at the table including the disadvantage voices, that don’t often get included even in their own communities conversation,” said Rejman. As an organization, Goldin Institute decided to stay small and the donations it receives are sent into networks and partners rather than building bigger offices with more staff members. It tries to be organic in that its network drives what the organization will work on. It now tackles more local level projects in about 40 countries around the world. 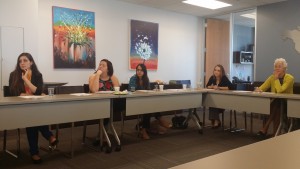 Goldin Institute has been successful in many projects, but Travis Rejman shared a couple of those. Because of the civil war, the Philippines have some incredibly underdeveloped areas where they cannot meet basic infrastructure needs. For example, they do not have drinking water at schools. Thus, the organization worked on this community problem and installed drinking water wells at 107 schools serving about 24,000 people. The resources come from donations only, “one of the things that Goldin Institute is really lucky to say that, because of the way that our organization is structured all of our office expenses, and core staff of Chicago salary is already underwritten. So, the donation we get we are able to put directly into the field.” 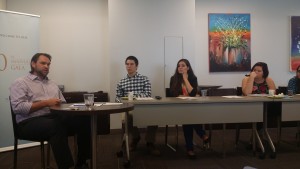 Another example is Haiti, where the large population was displaced in ten cities after the earthquake. Unfortunately, this caused a radical increase in the gender-based and sexual violence against women. There were number of reasons for that: most of the places did not have proper lighting; people lived outside in tents and camps; network of families and friends have been disrupted; doors of the jail were opened and about 12,000 criminals just walking out living in the ten cities. So, the gender-based violence was raised by three times. In order to resolve the issue Goldin Institute asked the community itself what they thought they needed for safety and the answers were: light, ability to raise alarm, trusted people for escorting people in and out of camps. What ended up happening was that for probably 5,000 dollars of whistles, cell phones, and flashlights were bought for the community, as well as 25 men were trained and hired to protect women in the camps. In result, “we were able to stop all rape in the camp for the whole time (18 months) that they were living there,” said Rejman. 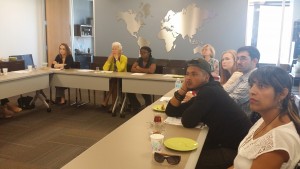 Golden Institute tries to work in areas where there is not somebody better competent working on them. There are some issues that other organizations are wonderful at resolving and helping so Goldin Institute would put them in touch. “We are looking for places where there is not somebody who already knows how to do it. It’s an issue that is not getting attention and we might be able to help,” said Rejman. Overall, Travis Rejman’s point is that the idea is to put the power in the hands of the people that live in the issues; the decision-making power should be in the hands of the community. 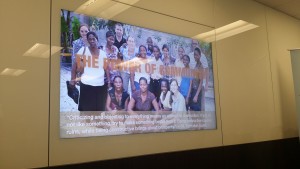 We at Niagara Foundation want to thank Travis Rejman for dedicating his time to an intimate discussion on some of the major issues in the world and his organization’s inspiring work over the world.