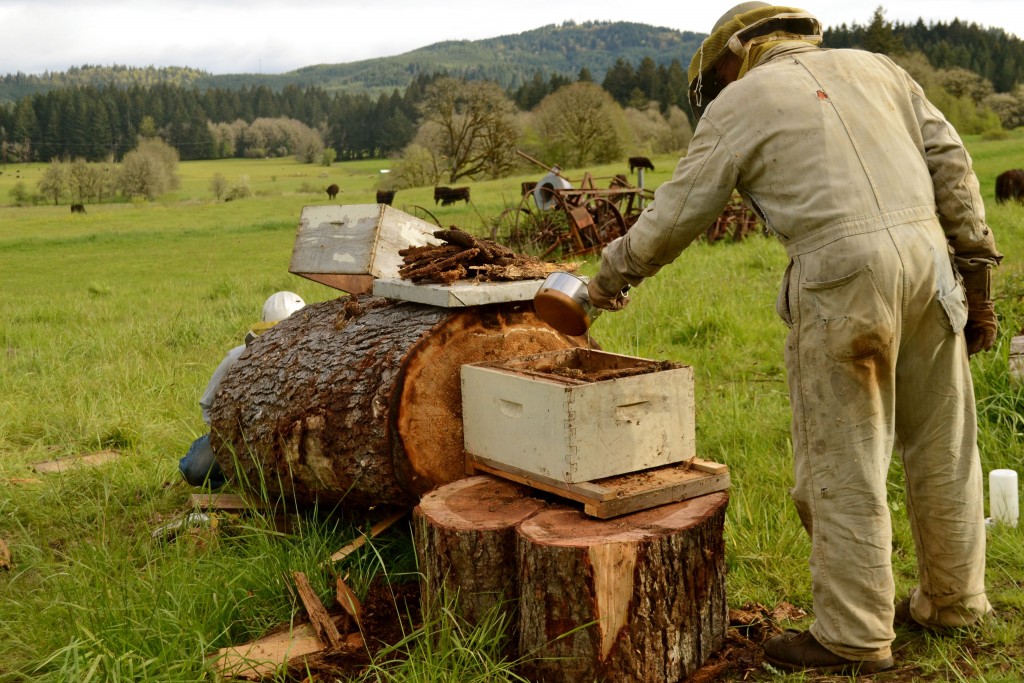 Climate change is happening now! Yes, I understand this might be an obvious statement. However, we have a lack of knowledge about the details of how this affects nature, specifically the impact it has on pollinators and flowers, and how this can affect our food chain. Earth’s climate has changed throughout history, but the past 100 years have seen some very drastic changes. Almost 97 percent of climate scientists agree that climate-warming trends over the past century are due to human activities. The amount of carbon dioxide that we are producing by burning fuels such as coal, natural gas, and oil is increasing 100 times faster than during the last ice age. Carbon emissions are being absorbed by Earth’s oceans and atmosphere, causing ocean acidification, rising sea levels, and a warming planet.

As the Earth’s average surface temperature increases rapidly, we are seeing warmer temperatures in places where the climate should be considerably cooler. For example, in the Arctic, the ice is melting at a rate of 13.4 percent per decade and Antarctica has lost about 134 billion metric tons of ice per year since 2002. In addition to this, the Greenland ice sheet has lost an estimated 287 billion metric tons per year. The ramifications of climate change do not stop there. Scientists have observed that due to warmer temperatures, the amount of snow cover in the Northern Hemisphere has decreased over the past five decades and that snow is melting earlier. This, by no means, should be a motive for excitement. Snow is melting sooner than expected and this is affecting the synchronization between pollinators and flora. 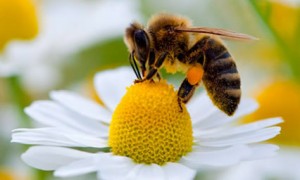 Phenology is the study of natural processes, especially in relation to climate. In other words, it is the science of internal clocks in particular ecosystems. Climate change is disturbing the phenology of plants and pollinators, such as of honeybees and bumblebees. As I mentioned before, global warming is melting the snow earlier than expected, which causes flowers to start blooming earlier. As plants are adapting to climate change, scientists do not know exactly if bees are doing the same.

From spring to fall, bees travel up to three miles from their hives, bringing back pollen and nectar from plants that are blooming. They turn the nectar into honey, and that is what they use to feed the colony throughout winter. If the plants are blooming before bees can start to pollinate, bees will not have enough pollen to survive, which is why we are seeing such a dramatic decrease in bee populations worldwide. Plants need the bees to transfer the pollen from one flower to the next in order for them to produce new plants, and the fewer bees there are, the less pollination occurs. The problem here is, that if climate change is altering plant phenology and bee phenology at different rates, we could have a situation where plants are flowering but bees are inactive. Rebecca Irwin, an associate professor at Dartmouth College, is trying to test this phenology mismatch. Some species of pollinators have co-evolved with one species of plant, and the two species time their cycles to coincide. However, a recent study has proved that bee populations are having trouble moving to more northerly regions to follow temperature shifts. This leads to a contraction of honeybees’ habitats, once again putting more pressure on bee populations. 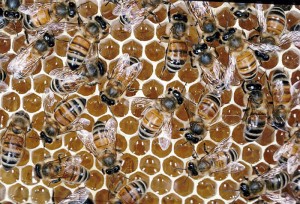 Bees also play a massive role in feeding the world’s human population. Crops require pollination just as other plants do. Researchers argue that the only way to support a large crop of agriculture is to have somebody bringing in a colony of bees, about 1 to 2 colonies per acre, and put them out in the field. About half of the approximately 6 million honeybee colonies in the United States are kept by individual or family-scale beekeepers. Managed honeybees help America’s agricultural productivity. In California, bees help pollinate 700,000 acres of almonds, and not only that, they also pollinate; kiwi, cantaloupe, melon, strawberry tree, lime, cucumber, raspberry, blueberry, tomato, and grape among many other fruit, vegetables, and spices. If we start seeing a decline in bee populations, because they do not have enough food to survive the winter, we will see a slowdown in the production of some of our favorite fruits and vegetables. The Department of Agriculture is trying to improve the understanding on the phenology of plants and honeybees. Along with NASA, they want to integrate satellite imaging, hive data, and results from ecological models into an early detection system that will monitor the landscape and vegetation to help improve predictions on the spread of honeybees. 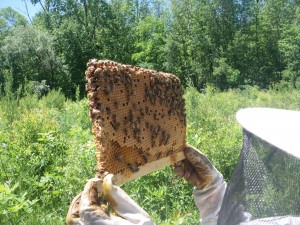 It is hard to believe that we, humans, are causing these heartbroken alterations to Great Mother. The carbon emissions we are producing by burning fossil fuels are affecting the Earth’s atmosphere and the life cycle of organisms in a negative way. We are experiencing drastic changes of temperatures, and massive natural disasters altering human and wildlife population. A honeybee’s life cycle is affected by climate change and their lack of ability to adapt is making this kind pollinator disappear. This is causing concern among scientists because they understand how much we depend on honeybees’ jobs to help us grow crops. It is our job to become informed about what we can do to help slow down climate change. Scientists are doing their job by researching ways to prevent honeybees to disappear. It is our time to help address this problem before it’s too late.