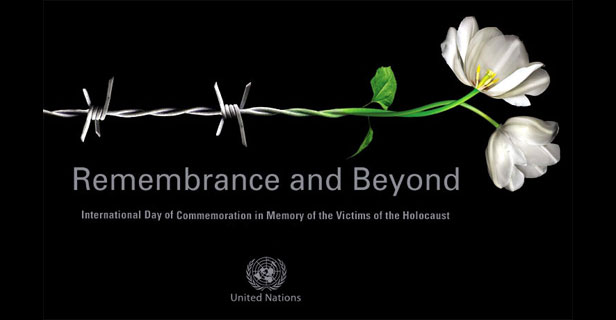 On January 27th, 1945 Auschwitz-Birkenau was liberated by Soviet troops. Sixty-one years later, this day of remembrance was designated in 2006 by the General Assembly of the U.N., and each new year brings a unique theme. The theme for 2016, as designated by the Secretary-General is, “The Holocaust and Human Dignity.” Within this theme, the founding principles of the United Nations are interwoven with the history of the Holocaust.

Articles 1 & 2 of the Universal Declaration of Human Rights states, “All human beings are born free and equal in dignity and rights. They are endowed with reason and conscience and should act towards one another in a spirit of brotherhood. Everyone is entitled to all the rights and freedoms set forth in this Declaration, without distinction of any kind, such as race, colour, sex, language, religion, political or other opinion, national or social origin, property, birth or other status.”

Under this declaration, each person has a right to live without discrimination under the protection of the law. The UN encourages every member state to develop educational programs to prevent future genocide. Additionally, the United Nations Outreach Program actively works to educate young people about the events of the holocaust.

On this day, it is right to honor the victims of the Holocaust and to celebrate those who had a part in liberating those persecuted in concentration camps. On this day, it is right to reflect on the forms of discrimination we witness every day in our society. On this day of humanity, and in all days, let us reject the ideologies of those who would persecute based on religion, ethnicity, race, age, sex, or ability.