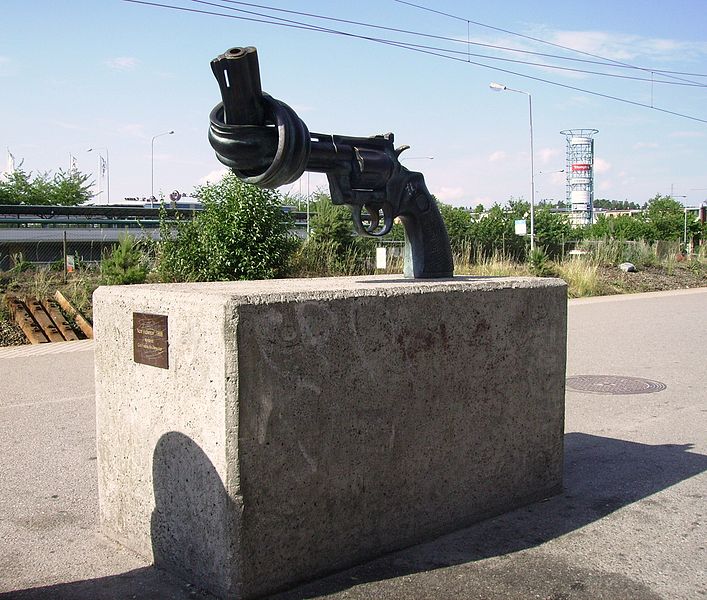 Every year, the United Nations observes Disarmament Week from October 24, also United Nations Day, to October 30 to increase the public awareness of the vital tasks of disarmament. While disarmament typically focuses on nuclear weapons, it also refers to all weapons of mass destruction, small arms stockpiles, and other weapons of war.

“We acknowledge that disarmament alone will not produce world peace. Yet we also maintain that the elimination of weapons of mass destruction, illicit arms trafficking, and burgeoning weapons stockpiles would advance both peace and development goals. It would accomplish this by reducing the effects of wars, eliminating some key incentives to new conflicts, and liberating resources to improve the lives of all the peoples of the United Nations and the natural environment in which they live,” states the Department of Disarmament Affairs.

Disarmament Week is a time to raise awareness among governments and the public about the key role of disarmament in creating a peaceful and sustainable world. In addition to discussing global disarmament, this week also serves as an ideal time to discuss the importance of conflict resolution and de-escalation of violence.