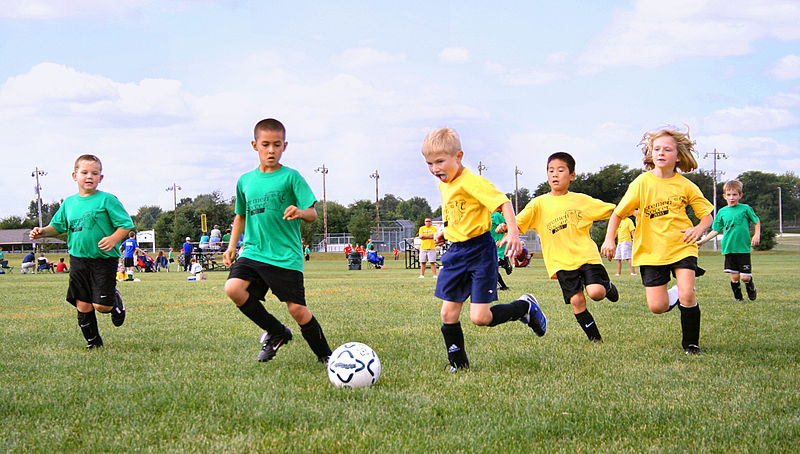 In 1952 at the Fleishhacker Zoo in San Francisco, English anthropologist Gregory Bateson would make one of the most significant, academic observations on “play.” Bateson saw two monkeys “playing,” that is, engaging in activities that resembled (but were distinct from) combat. Yet, he writes, “this phenomenon, play, could only occur if the participant organisms were capable of some degree of metacommunication,…exchanging signals which would carry the message ‘This is play.’” Bateson goes on to explain that the “play” seen in animals has been critical in the evolution of human communication, because we, along with other animals, have developed the ability to distinguish the literal from the suggestive or, in other words, “The playful nip denotes the bite, but it does not denote what would be denoted by the bite.” 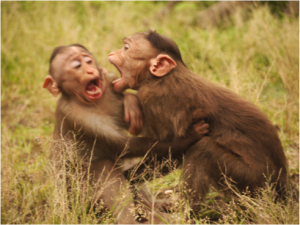 As humans, we give little thought to the role “play” has in our lives and development. If you ever played Cops and Robbers as a child, you were in fact “playing” a game that modeled important social tensions between rule enforcers and rule breakers. Similar tensions can be found in sports. When your little league baseball team beat its crosstown rival, you may have thought to yourself that the victory meant real triumph over the wealthy snobs who were out of touch with society, because they were inferior at baseball. The loss, of course, would provoke the parents of the children on the losing team to obnoxiously voice their angry objections to the last play, or the umpire who clearly favored your team for some reason; and your team’s parents would say “Calm down! It’s just a game!” The victory denotes the socioeconomic triumph of one team over the other, but it does not denote what would be denoted by real class triumph. For a moment, you and those snobby parents felt as if your social positions had been inverted, but it was only “play.” 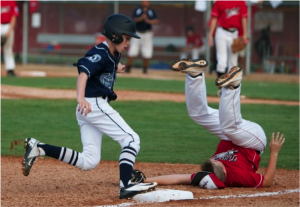 Sports model tensions beyond solely class struggles. It can be racial (Blacks vs Whites), national (Americans vs the Soviets), gendered (Men vs Women), or anything that divides two groups (Cheeseheads vs Brat-eaters). And these divisions and struggles are nowhere more clear than the Olympics, which continues to be the most watched event in history, reaching around 4 billion people for London 2012. Most athletes from most countries will be eliminated within the first few days of competition, but people watch not for the joy of sport, but rather the global, political significance of having one’s country represented at the games. It has been said that the Parade of Nations during the Olympic opening ceremonies is quite literally as important for national sovereignty recognition as the United Nations is; nowhere else are political entities with such ambiguous statuses as Puerto Rico and Taiwan represented globally. Within the global struggle for political recognition and autonomy, Olympic sport models the entire field of International Relations and adds to the mix players like the Micronesian nation of Nauru, measuring 8 square miles with a population of 10,084, and the Cook Islands, measuring 91 square miles with a population of 14,974. 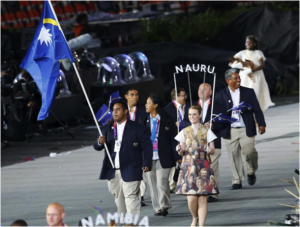 As the next Summer Olympics come to Rio de Janeiro in 2016 and sports continue to be such an important part of not only US society, but global society, important tensions will continue to be overlapped onto athletic competitions. If Nauru upsets Russia or the US in Olympic Weightlifting, for a moment we will ask ourselves, “has Russia fallen? Were they stronger as the USSR? Was sabotage to blame for America’s loss? Why is America so weak now? Who cares about such a lame sport?” No story has ever captivated humans more thoroughly than that of the victorious underdog. Nevertheless, after Nauru receives its first Olympic medal and the next Olympic event takes place, Nauru’s Olympic upset will only symbolically denote Micronesian triumph over Russia and America. Reality will remind us that the upset was still “just play,” a fantasy. But how important is play? Is the rest of the world catching up to the two superpowers? Sport will forever generate such scenarios and questions, reminding us of the importance of what we may usually perceive as “just games.”