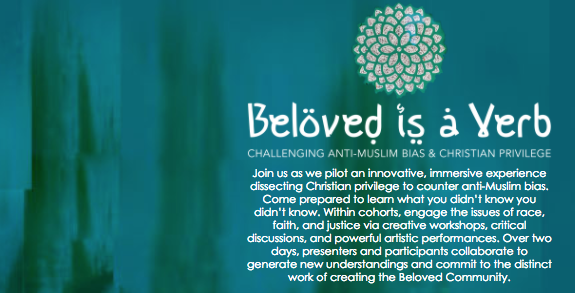 Niagara Foundation is proud and excited to partner with the Chicago Theological Seminary on the RIOTcon Conference: “Beloved is a Verb: Challenging Anti-Muslim Bias and Christian Privilege.”
Join us for an innovative, immersive experience dissecting Christian privilege to counter anti-Muslim bias. Come prepared to learn what you didn’t know you didn’t know. Within cohorts, engage the issues of race, faith and justice via creative workshops, critical discussions and powerful artistic performances. Over two days, presenters and participants collaborate to generate new understandings and commit to the distinct work of created the Beloved Community.

If you have difficulties purchasing tickets for this event, please CONTACT Rana Yurtsever via email at rana@niagarafoundation.org. 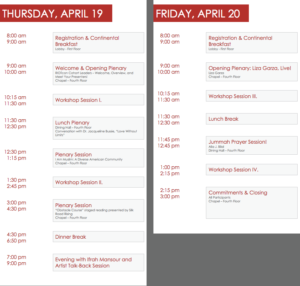 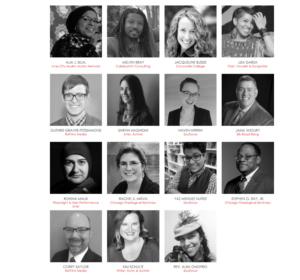 For information on the speakers, please visit: RIOTcon

MEDIA TRAINING (LOC. TBA)
ReThink Media will provide training that enables leaders to better engage in the public square around issues related to religious diversity and pluralism and with messages that counter religious discrimination, including anti-Muslim bias and Islamophobia. Greater media competency is necessary to move divisive and hateful rhetoric towards conversations fostering justice and peace. ReThink Media is a non-profit organization focused on building communications capacity to promote the protection of human and civil rights and strengthen democracy. Their Peace and Security Team includes specific efforts to combat Islamophobia.

THE POWER OF NARRATIVE
Minds are often changed through stories and personal narrative rather than facts, figures, and reason. Playwright Rohina Malik and author Kim Schultz, both storytellers and artists, employ the power of narrative to promote peace, elicit empathy, and demonstrate the commonalities between all people. Their workshop will help participants discover new methods for storytelling that reduce anti-Muslim bias and de-center Christianity.

CHRISTIAN PRIVILEGE/SUPREMACY
In order to reduce bias, discrimination, and hate, it is critical to understand the ways Christianity has become a normative force in the United States and recognize that anti-Muslim bias is rooted in a Christian supremacist framework. Soulforce works to reduce Christian supremacy towards justice and equity for marginalized groups, including Muslims in the US. Their workshop will focus on organizing nonviolent movements to dismantle the link between harmful systems of power and Christianity. Soulforce holds space for people of all faith traditions and for those without as well.

BETTER: WAKING UP TO WHO WE COULD BE
What if the world we have—with its racism, sexism, heterosexism, ableism, religious hatred, ecological disregard—is exactly the world people of faith storied into existence with the hostile faith stories we tell? What if we could change the world by telling better stories? In this workshop Emmy award winner Melvin Bray explores what it means for people of faith to join in seeking sustainable, cooperative, and courageous answers to the most intractable problems of our time. His work focuses on “creating intersectional space that not only white folks and people of color, but persons of various historically marginalized identities, are willing to enter into, try on new scripts and reach across their differences in experience.”

We look forward to seeing you at RIOTcon! The following information will assist you in planning your visit to CTS.

Parking
If you choose to drive to RIOTcon, CTS recommends parking at one of these locations:

STREET PARKING: Street parking is available throughout the Hyde Park/Woodlawn community. Parking along both 60th Street and Dorchester Avenue, the streets closest to CTS, do not require a permit, but spaces are limited.
Transportation
There is a wealth of information about public transportation through the Chicago Transit Authority.

The 2 and the 170 travel along 60th Street, including stops at 60th and Dorchester.
The 171 and the 59 stop at 60th and Dorchester.
The 6, the 15, the 28, and the x28 stop at 60th and Stony Island.
The 63 runs along 63rd Street from Blackstone to the Red Line and to Midway Airport.
TO GET DOWNTOWN: Options to get downtown include the 2 (weekday rush hours), the 6, the x28 (weekday rush hours), and the Metra train.
TO GET TO UNION STATION: The x28 runs between 60th and Stony Island and Union Station during weekday rush hours.
METRA: Metra schedules are available at metrarail.com. There are two Metra stops for the Metra Electric (travels from the south suburbs to downtown) nearby: 59th and Harper Avenue (1 block north, 2 blocks east) & 63rd and Dorchester Avenue (3 blocks south)