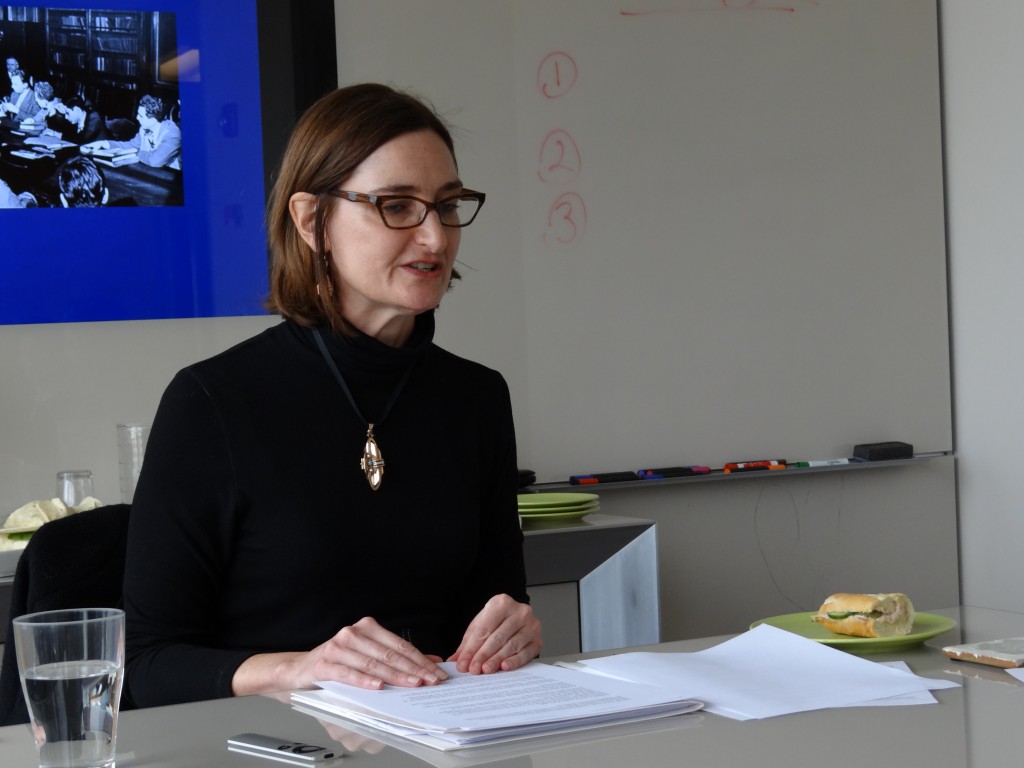 “Once Yiddish has taken hold of you…then you will no longer recognize your earlier tranquility. Then you will feel the true unity of Yiddish so powerfully that you will be afraid, though no longer of Yiddish, but of yourself.” – Franz Kafka in Introductory Lecture on Yiddish

On March 22nd, Niagara Foundation welcomed Dr. Elizabeth Loentz of the University of Illinois at Chicago to participate in our “Friends in Faith” lecture series. The topic was “The Meaning of Yiddish in Jewish Identity,” and Dr. Loentz came prepared to illustrate three concepts: what is the prevalence of Yiddish today, what is the status of Yiddish today, what does Yiddish mean to Jews? These questions could not be addressed fully without a look into Yiddish and its unique history. 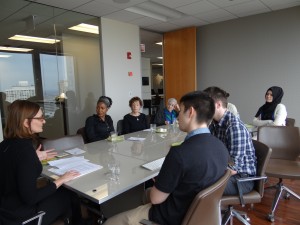 Yiddish is a language over that goes back around 1,000 years, with the earliest written example dating back to 1096 A.D. There are contrasting theories on the origins of Yiddish, the divergence theorem and the convergence theorem. The divergence theorem holds that Yiddish is a corrupted form of German while the convergence theory holds that Yiddish was never German, but rather a Germanic language. Yiddish also has two dialects including the Eastern and Western dialect, and within the Eastern dialect are Northern and Southern dialects. Eastern dialects therefore have been preserved through usage as the Southern dialect is commonly spoken in Hasidic communities in the present day. Hasidic communities are one of the few remaining communities which actively speak Yiddish, as the language has experienced a steady decline during the Enlightenment period and in the post-World War II era. 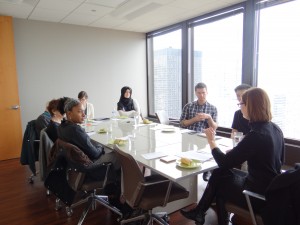 Dr. Loentz directed addressed the question of whether Yiddish is a dead or dying language. According to Loentz, the language is not dead, “However UNESCO does view Yiddish as endangered. Compared to pre-war numbers, Yiddish is a shadow of its former self. The holocaust, is of course, a major factor. Many of the Jews who were murdered in the holocaust were traditional Yiddish speaking Eastern European Jews. There were periods when Yiddish was discriminated against quite severely in Israel. I mentioned Stalinist repressions, and the liquidation of many Yiddish cultural institutions in the Soviet Union. But perhaps in addition to the holocaust a very important factor is a simple natural factor of language shift and voluntary abandonment, due to assimilation and integration to the cultural mainstreams of the Americas and the U.S.” Another factor which contributed to the decline of Yiddish was the establishment of Hebrew as the official language of Israel, according to Loentz. 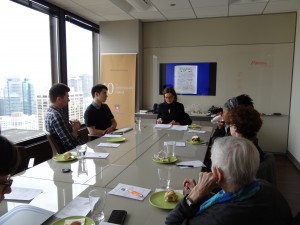 After the presentation, Dr. Loentz opened the floor to questions from Niagara members and staff. One audience member asked, “Who speaks Yiddish today?” Professor Loentz answered, “We have small numbers of survivors of pre-holocaust Eastern Europe, and older Yiddish speakers from the rest of the world. This demographic is in severe decline. Secular enthusiasts and scholars, some are religious, some are not religious, some are secular, young and old, who read, teach, write and speak Yiddish and there numbers are very small. The largest group are traditional Orthodox Jews, mostly Haredi Jews, sometimes referred to as ultra-Orthodox, and especially Hasidic, and their numbers are growing. Some have even argued that the number of Yiddish speakers has stabilized or is even on the rise as a result of the high birth rate in the community.” 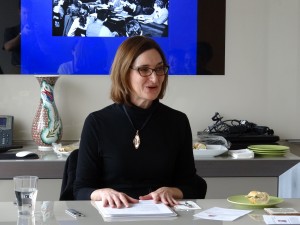 Niagara Foundation would like to extend our warmest thanks to Dr. Loentz for participating in our lecture series, and for broadening our understanding of one fascinating historical aspect of Jewish culture.